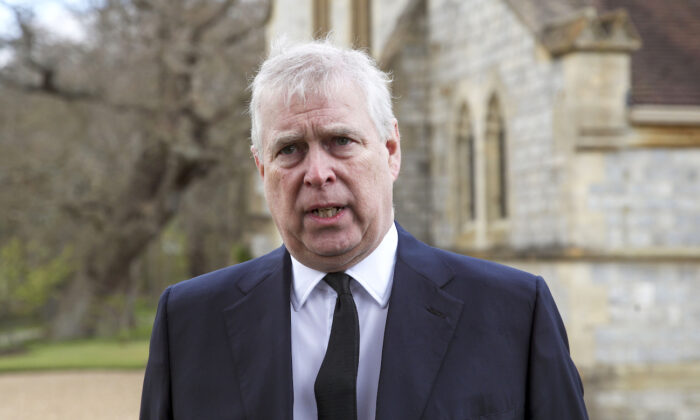 Britain’s Prince Andrew has been stripped of his military titles and charities, which have been returned to the Queen, Buckingham Palace announced on Thursday.

“With The Queen’s approval and agreement, the Duke of York’s military affiliations and Royal patronages have been returned to The Queen. The Duke of York will continue not to undertake any public duties and is defending this case as a private citizen,” the palace said in a statement.

Andrew, 61, will also stop using the style His Royal Highness in an official capacity and all of his roles have been returned to the Queen with immediate effect and will be redistributed to other members of the Royal Family, the BBC reports.

Andrew served in Britain’s Royal Navy as a helicopter pilot and instructor and as the captain of a warship. He flew a number of missions during the Falklands War in 1982.

The announcement comes one day after a judge in the United States on Wednesday rejected his bid to dismiss a civil lawsuit brought against him by Virginia Giuffre, who alleges that he sexually abused her when she was 17 years old.

Attorneys for Prince Andrew had claimed that the language used in a settlement between Epstein and Giuffre would invalidate Giuffre’s lawsuit against him.

But in a 46-page detailed ruling (pdf), Manhattan federal court judge Lewis Kaplan rejected that claim and said the 2009 deal “cannot be seen” to benefit Andrew.

“Independent of whether the release language applies to Prince Andrew, the agreement, at a minimum, is ‘reasonably susceptible to more than one interpretation’ on the equally important question of whether this defendant may invoke it,” Judge Kaplan said.

Kaplan’s decision means Andrew could be forced to give evidence at a trial later this year if no settlement is reached.

Giuffre claims that Andrew sexually abused her on three occasions between 2001 and 2002, including once at disgraced financier and convicted sex offender Jeffrey Epstein’s New York City mansion, where he forced her “to engage in sex acts against her will.”

“I am holding Prince Andrew accountable for what he did to me,” she said in a statement at the time. “The powerful and rich are not exempt from being held responsible for their actions. I hope that other victims will see that it is possible not to live in silence and fear, but to reclaim one’s life by speaking out and demanding justice.”

The Duke of York has denied all allegations against him and told the BBC in 2019 that he had “no recollection” of ever meeting Giuffre, despite photographic evidence to the contrary.

“I can absolutely categorically tell you it never happened,” he said at the time. “I have no recollection of ever meeting this lady, none whatsoever.”

However, Andrew stepped away from royal duties in November 2019 and has rarely appeared in public since, aside from on a few occasions following the death of his father, Prince Philip, in early 2021.

Thursday’s statement appears to signal that the Royal family is seeking to distance themselves from the scandal following an already turbulent few years which saw the queen’s grandson Prince Harry and his American wife Meghan Markle drop their royal duties and move to Los Angeles before accusing the royal household of racism in a highly-publicized interview with Oprah.

On Thursday an open letter to the Queen, which was signed by more than 150 Royal Navy, RAF, and Army veterans called for Andrew to be stripped of his military titles.

“It is clear for all to see that Prince Andrew has been proven unfit to wear the uniform of any of Britain’s armed forces,” the letter reads. “That he is able to continue in numerous roles within the military is a disgrace, and an insult to those who continue to serve with distinction.”