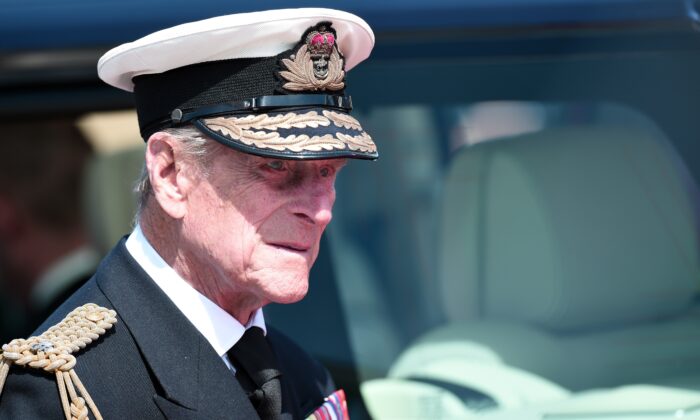 The prince, 99, “passed away peacefully this morning at Windsor Castle,” the family said in a statement.

Windsor Castle is the family’s residence in Berkshire, England.

The queen, 94, announced the death of her “beloved husband” with “deep sorrow,” the family said, adding, “The Royal Family join with people around the world in mourning his loss.”

No cause of death was given. The family plans on making further announcements regarding the death later.

The prince last month was discharged from a hospital in London after being treated for an infection. During the month of treatment, he was moved to a cardiac care hospital where he underwent a heart procedure.

Philip received treatment for various ailments at other times in recent years, including hip surgery in the spring of 2018.

The prince gradually stepped back from public life. In 2017, he said he would not be participating in royal engagements any longer. Shortly after, he appeared for the last time in a formal role during a parade.

Tributes poured in from around the world for the prince.

“Prince Philip earned the affection of generations here in the United Kingdom, across the Commonwealth and around the world,” British Prime Minister Boris Johnson said during a press conference, adding that the prince was one of the last surviving people in the country to have served in World War II.

“The impact of his decades of devoted public service is evident in the worthy causes he lifted up as patron, in the environmental efforts he championed, in the members of the Armed Forces that he supported, in the young people he inspired, and so much more. His legacy will live on not only through his family, but in all the charitable endeavors he shaped,” U.S. President Joe Biden and First Lady Jill Biden said in a statement.

Philip was identified as the source of a car crash in Norfolk on Jan. 18, 2019. In a letter to the woman riding in the other car, he said he was sorry for what happened.

“The sun was shining low over the main road,” Philip wrote in the letter, which was published by news outlets. “In normal conditions I would have no difficult in seeing traffic coming from the Dersingham direction, but I can only imagine that I failed to see the car coming, and I am very contrite about the consequences.”

The woman emerged with a broken arm while the driver suffered minor injuries. A baby boy in the vehicle was not hurt.

The prince agreed to surrender his driver’s license and prosecutors decided against charging him, the Guardian reported.

Philip was born on the Greek island of Corfu but his family was escorted from the country while he was young because his family’s rule was overthrown.

The family moved to France and the prince was sent to England for his schooling. He met Elizabeth when he gave her a tour of the Royal Naval College in Dartmouth.

The couple had four children: Charles, Anne, Andrew, and Edward. Prince Charles, 72, is the first in line to reach the throne if his mother leaves, followed by Prince Charles’ eldest son, 38-year-old Prince William.