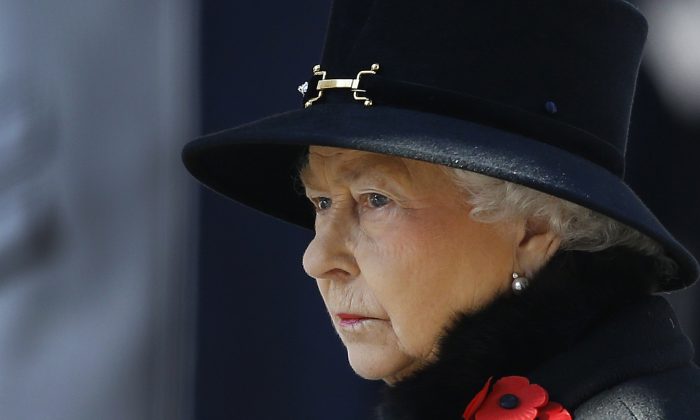 Britain's Queen Elizabeth II listens during the service of remembrance at the Cenotaph in Whitehall, London, Sunday, Nov. 10, 2013. The annual remembrance service is to remember those who have lost their lives serving in the Armed Forces. (AP Photo/Kirsty Wigglesworth)
UK

Queen Elizabeth II has sent a private letter to the family of Australian cricketer Phillip Hughes, who died when he was struck in the head while batting in a freak accident.

The message sent by the queen was not released publicly.

Hughes was well-known in the UK and spent time in the country and played for three English country sides, News.co.au reported.

Hughes died earlier this week after he was hit by a bouncer at the Sydney Cricket Ground on Tuesday. The injury led to his death described as rare.

Singer Elton John also offered a tribute to him.

“I want to dedicate this song to the memory of Phil Hughes and to the Australian team and all the cricketers in Australia who knew him, because he gave me so much pleasure,” he said, via ABC.net.au. “This is for you Phil, wherever you are.”

He also expressed his sympathies to bowler Sean Abbott.

“It wasn’t his fault. It was a freak accident,” he said. “To Sean Abbott all I can say is, it’s going to take a long time for you to get over this, but you have a huge future ahead of you so please don’t give up.”

Shortly after Cricket Australia announced details of Hughes’ funeral next Wednesday in his hometown of Macksville in northern New South Wales state, chief executive James Sutherland said the team would not be ready to play the first test as initially scheduled.

“These are extraordinary circumstances and we simply couldn’t or wouldn’t expect our players to be emotionally ready to start a test match the day after farewelling one of their teammates,” Sutherland said.

“Their welfare is our absolute priority. They are grieving and to expect that they could play a high-pressured, five-day test match the following day is out of the question.”

Cricket Australia said Saturday that the Board of Control for Cricket in India and the India team had been understanding and supportive.

Ticket sales for the test were suspended and no new date has been announced. The second test in Adelaide is scheduled to begin on Dec. 12 — only four days after the Brisbane match would have ended.