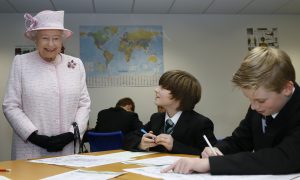 Queen Elizabeth to Visit William and Kate at Amner Hall, But Not for Christmas: Reports
0
Share Now
TelegramFacebookTweetEmailTellMeWeReddit
Copy Link 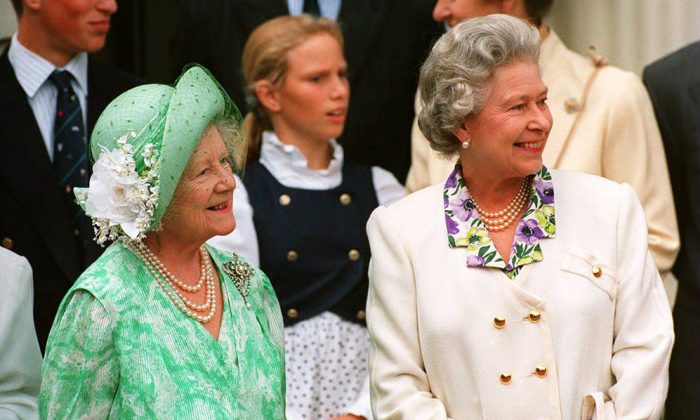 Kate Middleton does have some royalty in her after all–new research shows that she shares an ancestor with Queen Elizabeth’s mother.

Kate and Prince William are going to see the famous Blakiston-Bowes Cabinet when the tour the Metropolitan Museum of Art in New York City. Turns out the centuries-old piece, which has the Blakiston and Bowes family crests on its doors, proves the link between Kate and Elizabeth.

The cabinet was created around 1700 to celebrate the wedding between the two biggest families in County Durham – the Blakistons and the Bowes-Lyons.

“It makes sense that Kate wore the Queen Mother’s tiara when she married Prince William–both women share a great deal, Durham ancestry, the vast Gibside Estate and the same famous cabinet,” Reed said in a statement.

Reed also explained that his research shows the Blakiston Baronets and the Baronets of Conyers of Hordern, Kate’s ancestors, were the wealthiest landowners in Northern England.

They married into the Bowes-Lyon family so the families could share each others’ vast coal estates.

Weardale Royalist Anita Atkinson said the discovery was not actually surprising, especially since there was a strong connection with The Bowes Museum in Barnard Castle.

“It does not surprise me at all because when Kate married William, I hoped that she would take County Durham from where the Queen Mother left it because each member of the Royal family used to have their own area and when the Queen Mother was alive she was always here,” she said.