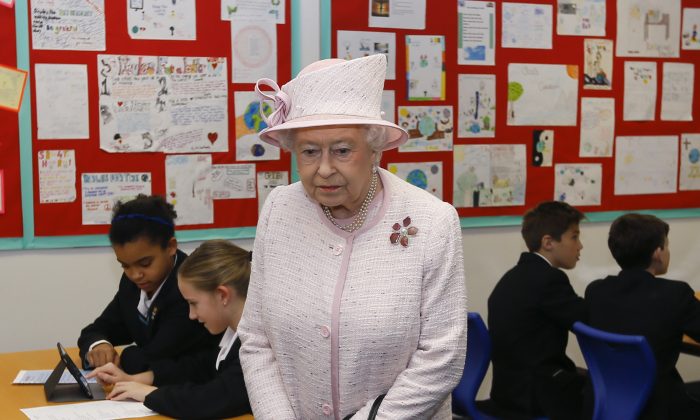 Queen Elizabeth II’s royal lineage could be affected by new DNA analysis that signals a break in the monarchy’s male line of descent.

The analysis of King Richard III’s DNA took place after his remains were discovered under a car park in Leicester.

Researchers are now 99.999 percent certain that the remains are of Richard III, and say the DNA indicate that the male line of descent was broken at one or more points in the genealogy between the king and living relatives descended from Henry Somerset.

However, the researchers from the University of Leicester hastened to add that there isn’t any evidence of when the line of descent was broken, and say that it’s statistically far more likely that the break in the male line occurred lower down the chain–therefore not affecting any Royal lineage, including that of the present day.

“There are one or more breaks in the chain from Richard III to Henry 5th Duke of Beaufort. There are 19 links in that chain, so there is an equal probability of any one of those 19 being broken. From a historical view point, where the break occurred has differential consequences,” said professor Kevin Schurer in the announcement.

“There are five links in that chain between Richard, up through Edward, and then to John of Gaunt. And then the remaining majority of the links are down through the Somersets and the Beaufort line. Now if–and it is a very big IF–the break in the chain is one of those five, between John of Gaunt and Richard III, historians could ask questions–theoretically–about the inheritance of a number of the Plantagenet monarchs. And since Henry Tudor’s mother was also a Beaufort descended from John of Gaunt, there is a question here too.”

Schurer, the pro-vice chancellor for research at the university, emphasized that “there was absolutely no evidence that a link in the royal chain of succession had actually been broken.”

“We are not in any way indicating that Her Majesty should not be on the throne,” he said.

“Statistically speaking, the break is far more likely to have occurred in the larger part of the chain which does not affect any of the different Royal lines of succession at all.”

Researchers were also able to ascertain that Richard III almost certainly had blue eyes, and that he had blonde hair–at least during his childhood.

The picture that emerges from the analysis appears to most closely match the hair and eye color seen in the Arched-Frame portrait in the Society of Antiquaries.

The research team now plans to sequence the complete genome of Richard III to learn more about the last English king to die in battle.