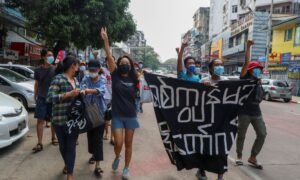 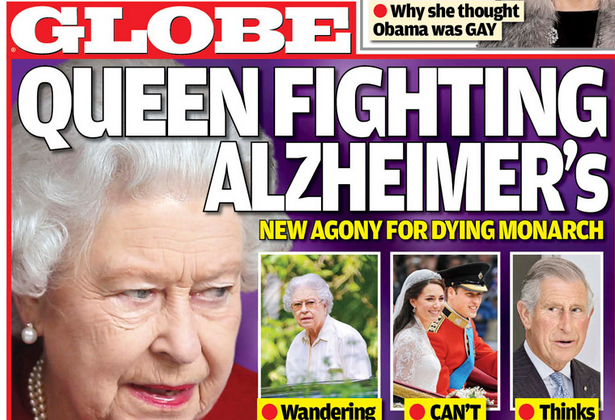 Queen Elizabeth is having serious health problems as she approaches the age of 90, according to a new tabloid report.

The health of Elizabeth, 88, has long been subject to rumors and speculation. For instance, Globe Magazine reported late last year that the queen was suffering continuous shortness of breath, and that doctors didn’t really know what was wrong with her.

The report even claimed that Elizabeth informed Kate Middleton, the wife of Prince William, to make sure her funeral arrangements were ready because she could die at any time.

Now a new report from Globe Magazine says that the queen is actually fighting Alzheimer’s disease.

“The palace is desperately trying to hide the new health crisis Queen Elizabeth is facing–the 88-year-old monarch is reportedly showing the early stages of Alzheimer’s disease,” the magazine reported in the cover story of its October 20 edition.

Elizabeth has been found wandering “lost and confused” in the palace garden, the tabloid claims.

She also can’t remember the wedding of Kate and William, and she has mistaken her son Prince Charles for her husband Prince Philip, it says.

Sources told the magazine that that queen has multiple symptoms and that some fear that Prince Charles’ wife Camilla Parker-Bowles, with whom the queen reportedly has an ongoing fued, will try to take advantage of the queen’s plight.

She began handing over power to Prince Charles earlier this year leading up to her birthday, having him take on more head of state-style responsibilities as the Palace starts to make tentative plans for his eventual succession, the Daily Mirror reported.

One sign of the historic “job-share” agreement with the prince, a first for the royals, was the merging of their press offices.

“This is about passing the baton to the next generation. The Prince of Wales’s diary is chock-full. Even he realises with the best will in the world he can’t go on like that. This is not going to be a sudden shift. It is a gradual process which will be borne out over the next few years. It’s a gentle succession,” one aide said.

“It’s important to note that the Queen is still working very hard. Every day you see her with the red box of Government papers and giving audiences. “Charles will be doing less of his campaigning and the things he likes to do and more of the head of state role. “While the Queen is still in excellent health, she is inevitably becoming a little more frail because of her age. Charles and Camilla will be doing much more of the public work on her behalf.”

Charles and courtiers have been studying the Regency Act, which would enable him to take over the throne even if Elizabeth is still alive.

But a Buckingham Palace source told the Telegraph, “I’m not aware of anyone looking at this in any great detail.”

In any case, many agree that Queen Elizabeth has done a great job as she has gotten older.

“As I look at the whole reign, ever since 1952, I think that the best decade of her reign has been this one,” Ninian Mellamphy, a professor emeritus at Western University in Ontario and a longtime royal watcher, told CBC when Elizabeth turned 88 earlier this year.

“She’s been astonishingly effective as a diplomat and as a statesperson. It’s a great argument against possibly retirement because she’s certainly managing her advanced years astonishingly well.”