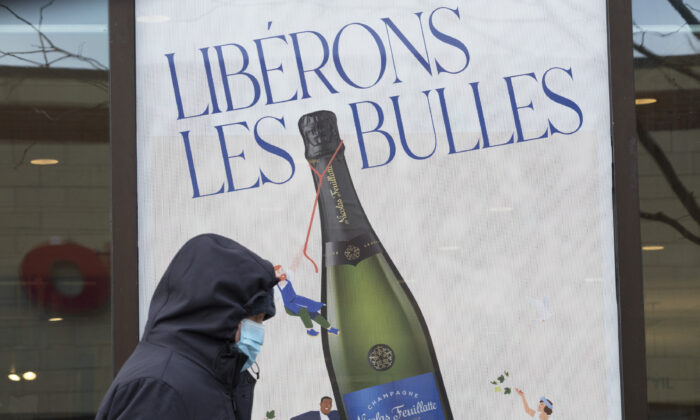 Ordinarily the Quebec government would win hands down the Purposeless Petulant Political Posturing Cup for its decree banning citizens without vaccine passports from provincial liquor stores and pot shops.

These being days of rampant abnormal normality, however, there are simply too many worthy contenders in the field to declare a clear winner for specific acts. Indeed, Quebec Health Minister Christian Dubé managed to move into knockout competition with himself by pointlessly pointing to a substantial increase in first-time vaccinations within 12 hours of his no-booze-for-you-without-vaccine-passports decree.

The minister’s enablers in Quebec’s journalistic ranks immediately (and obviously erroneously) conflated correlation with causality, allowing the minister to bask in the success of his unproven claim. There is, of course, no possible way to know now why first-jab vaccinations would jump from 1,500 to 6,000 in that time frame, never mind independent verification that they did.

Au contraire, there’s good reason to be highly dubious of Dubé’s assertion. Only two days earlier, after all, he was unable to tell a media conference how many people are in Quebec hospitals because of COVID-19 and how many patients are in treatment for other causes but have tested positive for the virus. It’s a rather critical distinction to keep in mind given political scapegoating of the unvaccinated for allegedly being 10 percent of the population taking up 50 percent of COVID beds. (I will avoid the rabbit hole of pointing out that the corollary means 50 percent of such beds are being taken up by the vaccinated.)

Yet even if the claimed vaccination increase proves correct, and even if some sprinkle of pixie dust can verify statistical cause and effect, both the edict and its outcome play equal parts in pure Pecksniffian political theatre.

They represent the ham-fisted acts of a political leadership cadre (and this applies outside as well as inside Quebec) seeking to mask its staggering incompetence in the face of the pandemic. Their schtick is simply declaring ever more nonsensical, futile regulatory restrictions that have not a shred of effect in actually combating the pandemic but only add divisive, discriminatory burdens to an already-burned-out citizenry.

The latest expansion (quelle surprise!) of vaccine passports (which we were never going to have less than a year ago, remember?) is of a piece with its second go-round imposing a curfew for which there was never a scintilla of epidemiological justification in the first place. The government itself admitted so at the time, effectively agreeing that the COVID virus does not set an alarm on its Apple watch for 10 p.m. to remind itself to redouble its infection efforts.

The reason, as the director of the Montreal Clinical Research Institute noted in the Montreal Gazette, is easily understandable.

“The virus has no brain,” Dr. André Veillette said. “It’s just trying to survive and propagate. You can’t convince it to do anything else but that.”

We’ll skip the smirky suspicion that Dr. Veillette was drawing a discreet parallel with political life forms, and just emphasize his overt point that the leadership cadre is doing what it’s doing because it finds it impossible to think of doing something else. Or as he put it: “It’s hard to backtrack. You can’t be seen to be changing your mind otherwise you lose credibility.”

Never mind that the track Canadians inside and outside Quebec are on is a mire of violated constitutional freedoms bogged down in a two-year repetition of policies, procedures, and pronunciamentos that were already utter failures out of the gate in the spring of 2020. Dr. Kim Lavoie, the Canada research chair in behavioural medicine and a psychology professor at the Université du Québec à Montréal, put it succinctly: “If you want to have the recipe for a mental health disaster, you create panic and a sense of urgency in people and you don’t equip them with the tools they need to solve (the) problems.”

Perhaps even worse, you load purposeless petulant political posturing prohibitions on their shoulders before handing them a shovel to dig the grave of their own liberties. Then you stand back, puff-chested with self-congratulation, to wait for someone to hand you the Winner’s Cup.

We can only hope that once these days of rampant abnormal normality have passed—if they ever do—what comes instead for all contenders are well-deserved swift democratic electoral kicks in the pants.