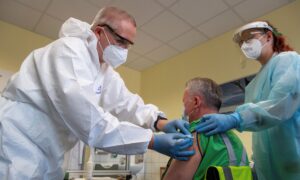 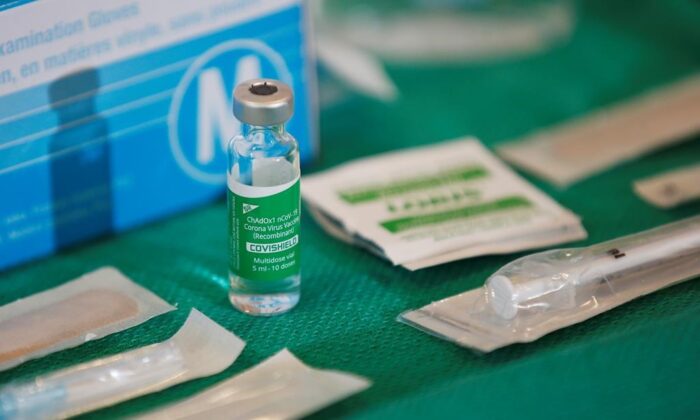 MONTREAL—The Quebec government has announced that a woman in her 50s has died of a blood clot that occurred after receiving the Oxford-AstraZeneca vaccine.

Public health director Dr. Horacio Arruda told a news conference Tuesday that the benefits of the vaccine far outweigh the risks, and the province always knew that rare complications were possible.

Health Minister Christian Dube said the province is currently investigating four cases of serious complications out of some 400,000 people who have received the AstraZeneca vaccine.

Currently the province is offering the vaccine to Quebecers between the ages of 45 and 79, and Arruda said there are no plans to change that strategy.

The news came as health officials reported fewer than 1,000 new cases of COVID-19 in the province for the second day in a row, with 899 new infections. There were 14 additional deaths, including three in the last 24 hours.

Hospitalizations rose by three, to 667, and 170 people were in intensive care, an increase of three.

Premier Francois Legault said the situation has improved enough to allow primary schools to reopen next week in Quebec City and the Chaudiere-Appalaches region, with some exceptions in harder-hit zones. The province is also pushing back the curfew in Montreal and its northern suburb of Laval to 9:30 p.m. from 8 p.m. as of Monday.

Legault said further easing of restrictions will be done gradually to avoid a resurgence in cases.

Also on Tuesday, Quebecers with physical or intellectual disabilities or autism were able to start booking vaccine appointments.