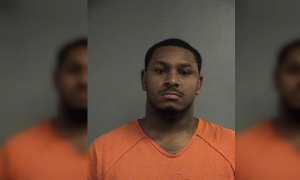 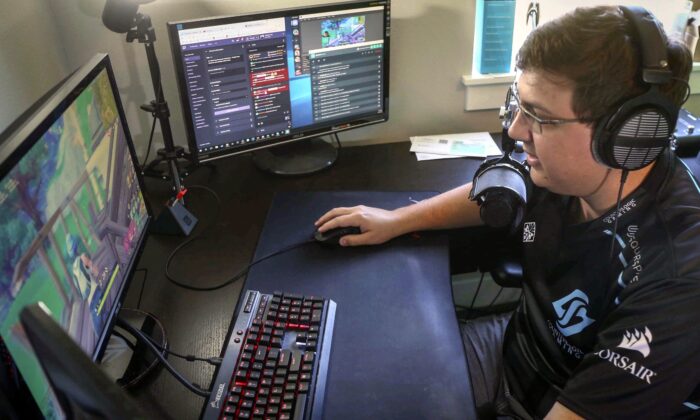 Nick Overton, a professional video game player, plays Fortnite while engaging with his fans online from his home in Grimes, Iowa on Sept. 11, 2018. A Quebec law firm is seeking to launch a class-action lawsuit against the makers of Fortnite, alleging it is highly addictive and can cause health problems. (The Canadian Press/Bryon Houlgrave/The Des Moines Register/AP)
Canada

MONTREAL—A Quebec law firm is seeking authorization to launch a class action lawsuit against the makers of the Fortnite video game, alleging it is highly addictive and can cause health problems.

Montreal-based Calex Legal is seeking to sue Epic Games Inc., the U.S. company behind the popular online video game, as well as its Canadian affiliate based in British Columbia.

The filing is on behalf of two plaintiffs—parents of Quebec children who are 10 and 15.

The children are described as highly dependent on the Fortnite video game and the parents say that had they known the game was so addictive, they would have prevented them from downloading the game or monitored their activities more closely.

The filing adds there are real physical, mental, and social consequences for those who are addicted to the game.

Alessandra Esposito Chartrand, an attorney with Calex Légal, told CBC that Epic Games, which is worth billions of dollars, put extensive research and development into creating an addictive game, Chartrand said.

“Epic Games, when they created Fortnite, for years and years, hired psychologists—they really dug into the human brain and they really made the effort to make it as addictive as possible,” she said.

“They knowingly put on the market a very, very addictive game which was also geared toward youth.”

The request for authorization, filed Thursday with Quebec Superior Court, has not been approved by the court, and a spokesperson for Epic Games was not immediately available for comment.