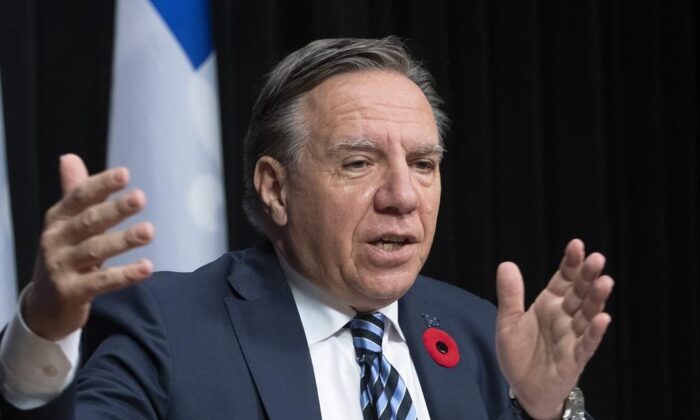 Quebec Premier François Legault responds to reporters' questions at a news conference on Nov. 9 at the legislature in Quebec City. (The Canadian Press/Jacques Boissinot)
Canada

The Quebec government announced on Nov. 3 it was abandoning its Nov. 15 deadline for health−care staff to be vaccinated, because it worried the order would significantly reduce services in the overburdened system.

Instead, it required unvaccinated staff to be tested three times a week and for new hires to be fully vaccinated.

The judge says the applicants weren’t able to demonstrate that the order wasn’t in the interest of the public and he says it should enter into force even if there isn’t consensus on it.

The case on its merits−whether a mandatory vaccination order is constitutional−won’t be heard until sometime in 2022.