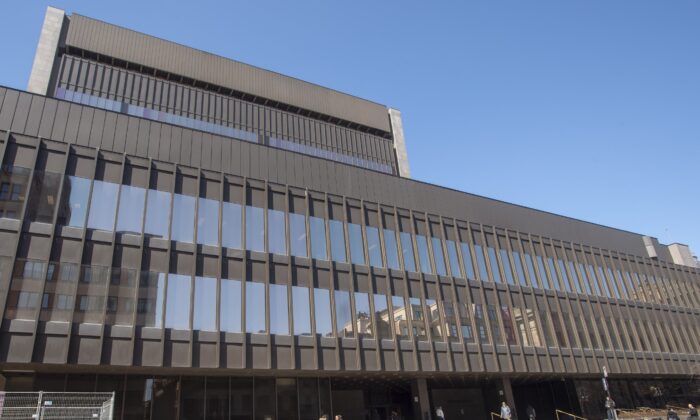 A Quebec judge has ruled in favour of a mother who wants to have her son to receive COVID-19 vaccination without the father’s consent, and has also banned the father from taking the child to participate in COVID-19 protests.

In a ruling dated April 12, Superior Court Justice Nathalie Pelletier sided with the 10-year-old’s mother, who said the father told the child to lie about his age to avoid wearing a mask in public places.

The mother also said the child’s father took him to the February trucker convoy protests in Ottawa, claiming he wanted to instill democratic values in the boy. She was against it and argued that such protests were “dangerous” for children.

For his part, the father said protests against pandemic restrictions aren’t risky for children and he had the right to hold a different view about COVID-19 vaccination.

Pelletier said she found the evidence the father submitted in court in defence of his view about the vaccines not corroborated by health experts. She ruled that getting the shots would be in the boy’s best interest, and also that the father should not take him to participate in COVID-19 protests.

The issue of COVID-19 vaccinations has become a point of contention between parents.

In early December 2021, Michael Jackson, a divorced father from the town of Carievale in Saskatchewan, went into hiding with his 7-year-old daughter to prevent her from receiving the vaccine that his ex-wife wanted. The child’s mother has primary residence and medical authority in the joint custody arrangement.

Jackson was arrested in Vernon, B.C., on Feb. 24. In an exclusive phone interview with the Western Standard from the Regina Correctional Centre in March, Jackson said his daughter was doing fine during the whole process.

“I could say that my journey was incredibly peaceful, and I had no issues on it whatsoever. Sarah was absolutely fine,” he said.

But the father said he may not have access to his daughter anytime soon. “They didn’t even let me say goodbye to her when they arrested me, nothing,” he said.

Jackson said he hoped to find a “good lawyer who has ethics and believes in God” to represent him.

A dispute by another couple over vaccination saw the father losing his visitation rights to his child. In his ruling on Dec. 23, 2021, Quebec Superior Court Justice Sébastien Vaillancourt denied the father on grounds that he was unvaccinated and deemed him a risk to his double-vaccinated 12-year-old son.

The father told the court he did not get the shots due to his “reservations about the COVID-19 vaccines.” He added that he has respected the province’s public health measures and has hardly left his house.

Vaillancourt called the father a “conspiracy theorist” based on his Facebook posts, and said “the Court has strong reasons to doubt that he respects health measures as he claims to do in his written statement.”

The ruling concerning vaccination took a turn in February when an Ontario judge ruled in favour of a mother who refused to let her two children be injected with the COVID-19 shots, noting in his ruling that government pandemic policies kept changing.

In his ruling, the first of its kind regarding pandemic-related litigation in Canada, Ontario Superior Court Justice Alex Pazaratz said his decision was based on the best interests of the children and legitimate concerns from the mother that the COVID-19 shots could have side effects.

“It’s very hard to fault a parent for being worried about such an ominous list of potentially very serious side effects,” wrote Pazaratz in his ruling on Feb. 18, referring to an eight-page fact sheet issued by Pfizer last June on the possible risks associated with its COVID-19 vaccine, which was submitted by the mother in her affidavit.

Pazaratz characterized the attempt to base a ruling on COVID-19 policies enacted by all levels of government as trying to make a judgement based on a “moving target.”

“How can you take judicial notice of a moving target? During the past two years of the pandemic, governments around the world—and within Canada—have constantly changed their health directives about what we should or shouldn’t be doing. What works and what doesn’t,” he wrote.

Judicial notice refers to recognizing certain facts as “so notorious or generally accepted as not to be the subject of debate among reasonable persons,” according to Canadian law when it comes to weighing evidence.

“But how can judges take judicial notice of ‘facts’ where there’s no consensus or consistency?”

The Canadian Press and Lee Harding contributed to this report.