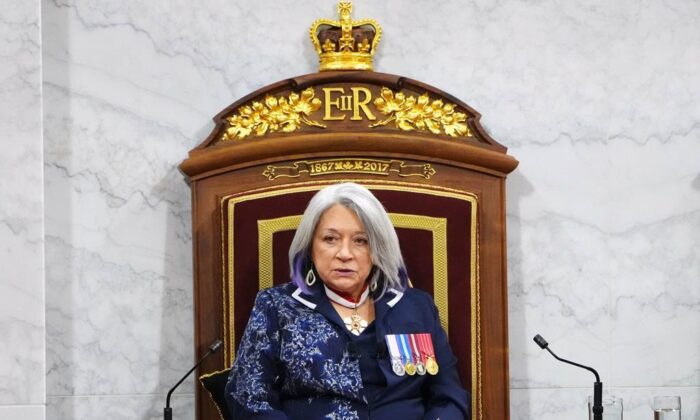 A group of Quebecers is going to court to argue that Mary Simon’s appointment as governor general should be invalidated because she isn’t fluent in French.

The group, led by historian Frédéric Bastien, is asking the Quebec Superior Court for a declaratory judgment stating that Simon’s appointment violates Charter provisions declaring Canada to be bilingual.

The former Parti Québécois leadership candidate says choosing a governor general who doesn’t speak one of the country’s official languages is an insult to francophones and a signal that bilingualism doesn’t matter.

His group is relying on judicial precedent in New Brunswick, where French-speaking Acadians recently challenged the appointment of a unilingual anglophone lieutenant-governor on similar grounds.

A judge ruled in April that Prime Minister Justin Trudeau violated constitutional language protections when he appointed Brenda Murphy, but the judge added that striking down the nomination would cause a constitutional crisis.

Simon speaks English and Inuktitut and has promised to learn French, but Bastien says the government should have chosen one of several qualified Indigenous candidates who speak both official languages.