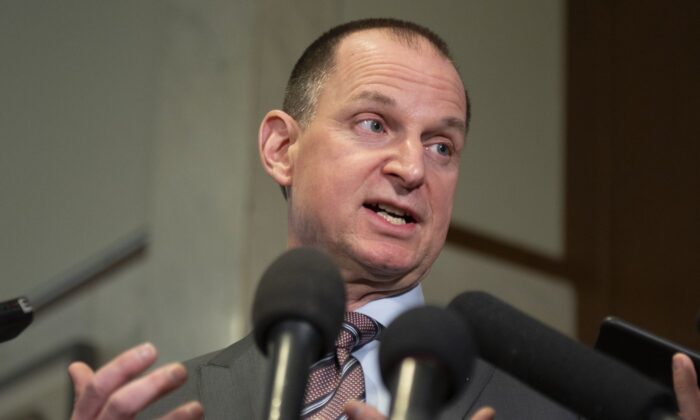 Quebec Finance Minister Eric Girard announces there will be a provincial budget speech on March 22, 2022 at the legislature in Quebec City. (The Canadian Press/Jacques Boissinot)
Canada

Quebec Finance Minister Eric Girard will table a budget today for the 2022-23 fiscal year, just over six months ahead of the provincial election.

The budget comes as the Quebec government is facing pressure to help residents cope with inflation and the rising cost of living as it continues to chart a course toward pandemic recovery.

Girard said in February his spring budget would be responsible and focused on sound management of government priorities such as health and education.

Opposition politicians have called on the government to freeze hydro rates or reduce the tax on gasoline.

Premier François Legault, however, has indicated he prefers instead to give money directly back to Quebecers in this election year.

A November economic update projected a deficit of $6.8 billion for the 2021-22 fiscal year—down from the $12.3 billion forecasted in last year’s spring budget—and GDP growth of 6.5 percent.

Girard has said the province aims to return to balanced budgets by the 2027-28 fiscal year.