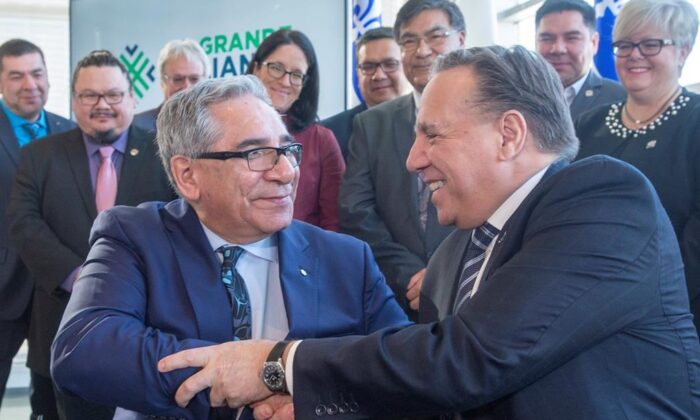 MONTREAL—Quebec and Cree leaders are announcing the first steps of a wide-ranging 30-year plan to further develop the province’s northern territory together.

Premier Francois Legault told reporters today he has been assured the initiative has the consent of the broader Cree community, in contrast, he said, to a natural gas pipeline proposal in British Columbia that has divided First Nations peoples and triggered protests across the country.

Legault was joined by Abel Bosum, Grand Chief of the Grand Council of Crees, as well as by several other Quebec ministers and members of the Cree nation.

The leaders announced a multi-million dollar feasibility study that will look into developing the James Bay territory, with costs split equally between the Quebec and the Cree governments.

Legault and Bosum say the study will analyze the feasibility of potential initiatives such as extending the territory’s rail network, electrifying industrial installations and developing the local labour force.

They say the study will consider projects over the next three decades and will also identify new sites designated for environmental protection.