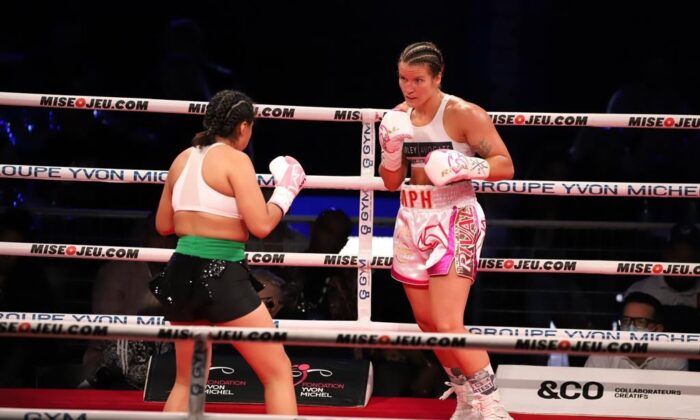 Geneviève Guilbault offered her condolences to the family of Zapata, 18, who died in hospital Thursday from injuries she suffered during her fight with Quebecer Marie-Pier Houle.

Guilbault said today in a tweet the coroner’s office will investigate the causes and circumstances of Zapata’s death.

Event organizer Groupe Yvon Michel (GYM) announced Zapata had died in hospital with her husband Jovanni Martinez by her side.

The incident occurred at the end of the fourth round in a fight Saturday presented as part of a gala organized by GYM at Montreal’s IGA Stadium.

On Facebook, Houle said she was devastated by Zapata’s death and offered her condolences to her family and Martinez.

Zapata suffered a series of power punches in the corner of the ring and after a solid uppercut, the Mexican seemed stunned. A final right hook caused Zapata’s mouthguard to fly out and left her unable to return to her corner after the bell rang.

The boxer appeared to convulse while still standing, and she was joined by Martinez, who was also her trainer, who quickly laid her down in the ring. The on-site medical team rushed to her side and she was immobilized on a stretcher before being rushed to hospital by ambulance.