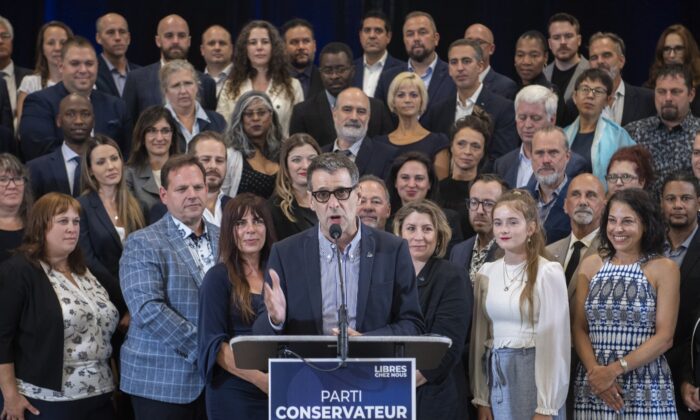 Quebec’s Conservative Party is launching its electoral campaign today in Quebec City even though the official first day of campaigning has yet to be called.

Conservative Party Leader Éric Duhaime announced the launch on Twitter this morning, making him the first of the provincial party leaders to do so.

Premier François Legault has yet to officially trigger the election, but is expected to do so before the end of August.

But the province’s governing party has already made several election promises in recent days, including a five-year, $1.4-billion pledge to convert all unsubsidized daycare spots into subsidized spaces.

Duhaime, who’s running as party leader for the first time, unveiled the Conservative platform last week along with the campaign slogan “Freedom to choose.”

Quebec’s election is scheduled for Oct. 3, with a campaign required by law to last between 33 and 39 days.