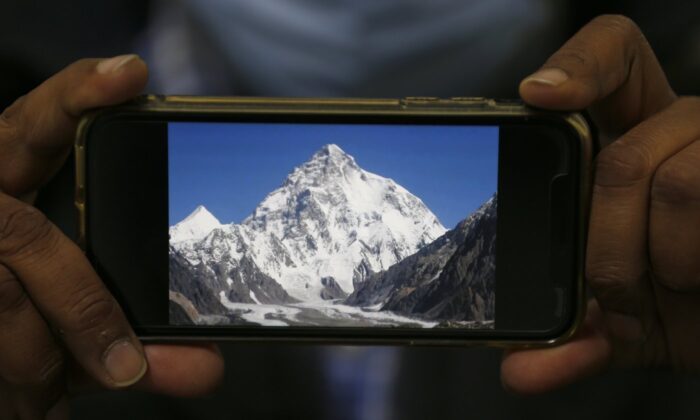 A photo of K2, the world's second-highest mountain, is displayed on a cellphone in Islamabad, Pakistan, Feb. 9, 2021. (The Canadian Press/AP/Anjum Naveed)
Canada

A Quebec mountaineer has died while climbing K2, the world’s second highest mountain.

Richard Cartier, an experienced climber in his 60s from St-Jérôme, north of Montreal, died climbing the 8,611-metre high mountain located in Pakistan.

The discovery of Cartier, a physician, and fellow climber and teammate Australian Matt Eakin was first reported by the Himalayan Times website today, and Cartier’s family confirmed his death on Facebook.

The pair died during their descent.

Cartier’s expedition was being documented on social media by another Quebec mountaineer, Justin Dubé-Fahmy, with a final entry dated last Thursday.

The post recounted how the trio had reached Camp 4, at 7,600 metres, and were heading back to base camp the following day, that it was getting cold and they were tired after two big days.