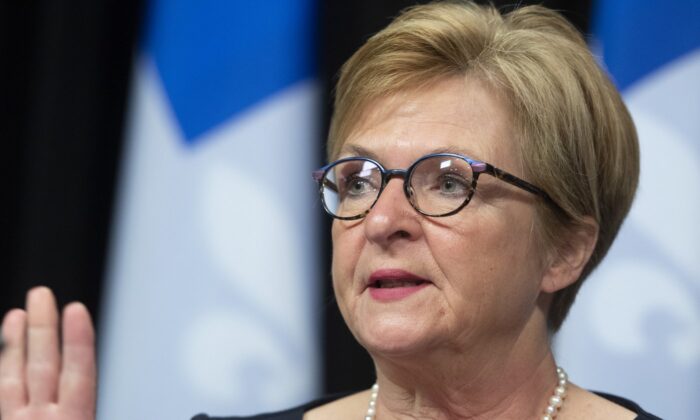 Quebec’s auditor general is releasing her review today of the finance minister’s pre-election report on the province’s finances.

Guylaine Leclerc is tasked with determining whether the financial forecasts, estimates and assumptions made ahead of the October provincial election are plausible.

The purpose of Leclerc’s review is to ensure that the party that wins the Oct. 3 election can’t say it is surprised by an unexpected deficit or surplus after it takes office.

Her report also gives all the political parties the same framework to work with when producing costed election platforms.

Leclerc is scheduled to speak with reporters at 10 a.m. and Girard’s news conference is scheduled around one hour later.