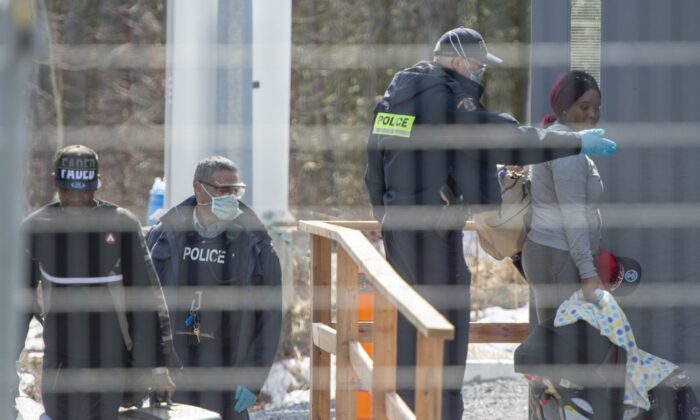 Quebec is asking the federal government to close a wooded border crossing south of Montreal because the province can’t handle the number of asylum seekers entering the country.

The popular unofficial border crossing was closed when the pandemic hit in March 2020 and reopened last November.

Legault told reporters today that many of those crossing at Roxham Road are not really refugees and are eventually ordered to leave Canada.

Under the 2004 Canada—United States Safe Third Country Agreement, refugee claimants who enter Canada outside an official port of entry must be processed in Canada and cannot be immediately returned to the United States.

The premier says the federal government takes 14 months to study an asylum claim and in the meantime, Quebec has to house and care for would-be refugees and school their children.

Quebec Immigration Minister Jean Boulet told reporters in a separate briefing today the province does not have the capacity to welcome the influx of claimants with dignity and humanity.