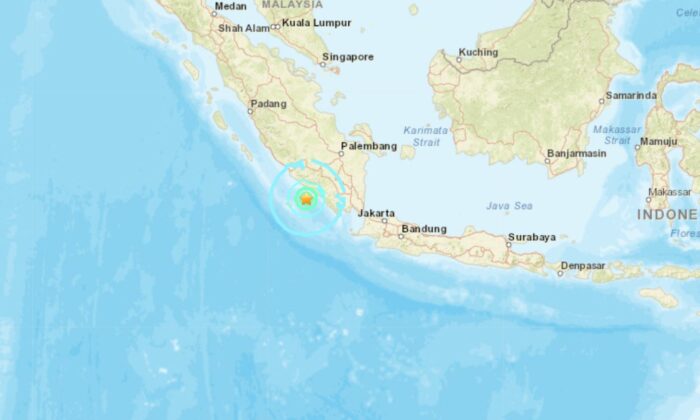 A map showing the location of an earthquake that struck Indonesia's Sumatra island on Aug. 23, 2022. (USGS/Screenshot via The Epoch Times)
Asia & Pacific

Witnesses said many residents ran out of their homes to higher ground, but later received text messages saying there was no danger of a tsunami.

The Indonesian Meteorology, Climatology and Geophysics Agency measured the earthquake at magnitude 6.5 and said it was too deep to trigger a tsunami.

Indonesia, a vast archipelago of 270 million people, is frequently struck by earthquakes, volcanic eruptions, and tsunamis because of its location on the Pacific “Ring of Fire,” an arc of volcanoes and fault lines.