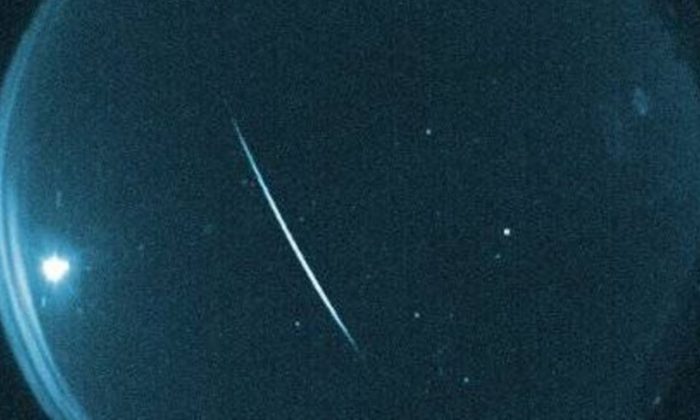 Quadrantids, First Meteor Shower of the Year, Will Be Visible This Week

The Quadrantid meteor shower is set to be visible early Monday morning and possibly Tuesday night.

The peak should start around 3 a.m. EST, according to NASA, and last about two hours.

Around 120 meteors per hour are projected to be flying across the sky.

The shower “will either sizzle or fizzle for observers in the U.S.,” the space agency said.

“The shower may favor the U.S. or it could favor Europe depending on which prediction turns out to be correct.”

The American Meteor Society says that the peak time may be different than predicted.

“A good viewing strategy would be to watch for at least an hour centered on [4am AST, 3am EST, 2am CST, 1am MST, and midnight PST]. This prediction is based on returns of this shower for the last 20 years but it may be off by an hour or two. If the maximum occurs earlier then activity will be far less for everyone in North America. If it is late then the entire continent has the opportunity to see an excellent display,” it said.

” If you view from the eastern half of North American and your rates are low at the predicted time then try to stay out longer as the activity may still be on the increase. So if your skies are clear on Monday morning then bundle up and and try your luck at seeing some celestial fireworks!”

EarthSky notes that viewers should find an area with dark, open sky and look in the general north-northeast direction up until dawn.