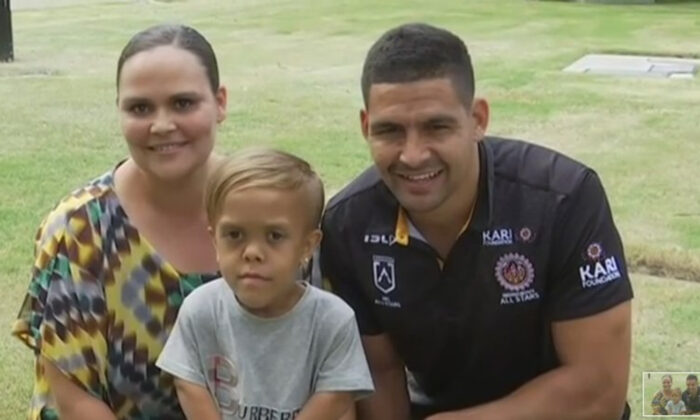 Quaden Bayle’s Family Wants to Give GoFundMe Money to Charities

The family of the 9-year-old suicidal boy who was bullied because he has dwarfism decided to spend the money raised by a GoFundMe campaign to charity to raise awareness and help others.

Quaden Bayle’s star rose to fame when his mother, Yarraka Bayles, shared since-deleted heartbreaking footage of Quaden, who has dwarfism, in tears after a brutal bullying incident as a call to schools and parents everywhere to up the ante on disability awareness.

Bayles had shared the distressing footage of her son in tears after a traumatizing interaction with school bullies on Feb. 19, 2020. Quaden was born in Brisbane, Australia, and is of aboriginal descent. He suffers from achondroplasia, the most common form of dwarfism.

WATCH: Suicidal boy with dwarfism gets shout-outs from celebrities, supporters worldwide.➡️ http://bit.ly/quaden-baylesQuaden Bayles, 9, has captured the hearts of thousands around the world after his mum filmed him threatening to kill himself following severe bullying at his school.For more on his story, watch the video and tap the link: ➡️ http://bit.ly/quaden-bayles

As per Insider, Brad Williams, a comedian who has the same type of dwarfism as Quaden, launched a GoFundMe account on behalf of the Bayles family to raise enough money to send Quaden and his mother to Disneyland in California. To date, the fund has raised almost AU$500,000 ($330,000), 50 times the account’s original goal.

Speaking exclusively to NITV News, Quaden’s Aunty and Yarraka’s sister Mundanara Bayles says while it’s a touching example of goodwill, the family will skip the all-expenses paid trip as they want to focus on the bigger issues at play.

“What kid wouldn’t want to go to Disneyland, especially if you have lived Quaden’s life. To escape to anywhere that is fun that doesn’t remind him of his day to day challenges,” she said.

“But my sister (Yarraka) said, ‘you know what, let’s get back to the real issue.’ This little fella has been bullied. How many suicides, black or white, in our society have happened due to bullying,'” Mundanara added.

“We want the money to go to community organizations that really need it. They know what the money should be spent on, So as much as we want to go to Disneyland, I think our community would far off benefit from that,” she continued.

“I have been in close communication with Quaden’s family and fully respect their needs and the needs of Australian First Nations people who are experiencing bullying and discrimination at extremely high rates,” Williams wrote in an update on GoFundMe on Friday.

“Because of this,” he continued. “I’ve decided that the donations will be best served going to charities focused on helping individuals affected by bullying and discrimination, including approximately $66,000 ($100,000) to each of the following:

The Bayles family has chosen Dwarfism Awareness Australia, and Balunu Healing Foundation as two organizations they would like to see profiting from the fundraising initiative.”

The update of Friday also stated, “If you preferred that your donation would be used to send Quaden to Disneyland and would like a refund, please contact the GoFundMe Customer Happiness team directly,” it said.