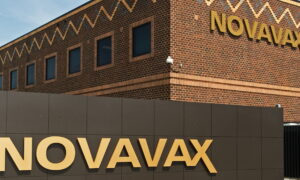 A Brisbane based medical technology company backed by the Bill and Melinda Gates Foundation will produce 300 million needle-free vaccine kits a year for the Queensland government.

Vaxxas has secured a multi-million dollar contract to manufacture a high-density micro-projection array patch (MAP) vaccine delivery system in Queensland after the Palaszczuk government committed to building a new medical facility in Hamilton in the city’s north.

Announcing the deal at a press conference on Oct. 4, Premier Anastasia Palaszczuk said the partnership is expected to create up to 139 jobs over 10 years and generate millions of dollars for the state.

“Once this new facility is up and running, Vaxxas expect to manufacture enough needle-free vaccine kits to deliver 300 million doses each year,” she said.

“Over the next ten years, this rate of production is expected to contribute $497 million to the Queensland economy.”

Manufacturing of the nano-tech needle-free vaccine patches is expected to start in early 2022, once construction of the new site is completed in the Northshore Hamilton Priority Development Area.

Angus Forster, Vaxxas’s chief development and operations officer, said the delivery system was easy to use and could eliminate the need to refrigerate vaccines and was “ideally suited to pandemic threats in the future.”

Forster also noted that the deal would put Australia at the forefront of global vaccination technology once the final clinical studies were completed.

“This facility enables us to start the manufacturing process … the types of volumes you need to go to market,” he said.

Bill Gates has been a strong advocate for vaccinations, even prior to the COVID-19 disease outbreak. On April 9, during an interview with the Financial Times, while talking about the global response to the pandemic, he pushed for the widespread use of vaccinations.

Gates said: “For the world at large, normalcy only returns when we’ve largely vaccinated the entire global population.”

Vaxxas has also received backing from the World Health Organisation and the multinational pharmaceutical company, Merck.