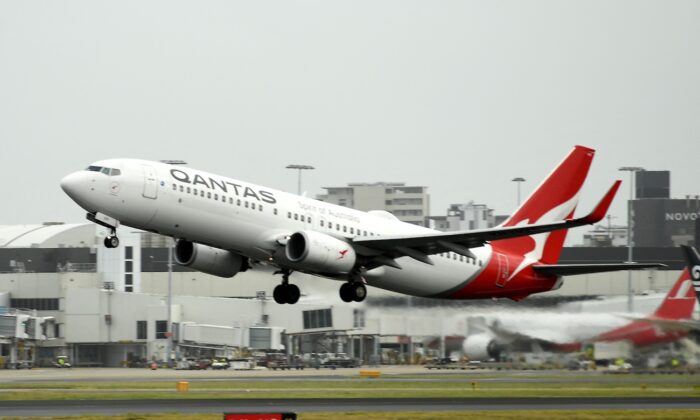 Alan Joyce, the CEO of Qantas, Australia’s major airline and international carrier, has confirmed that the company will only allow fully vaccinated people to board international flights as Australia prepares to reopen its border by Christmas.

Speaking at the Trans-Tasman Business Circle on Sept. 7, Joyce said the airline would adopt a policy of requiring proof of vaccination before boarding.

“Qantas will have a policy that internationally we’ll only be carrying vaccinated passengers,” Joyce said.

“Because we think that’s going to be one of the requirements to show that you’re flying safe and getting into those countries. We’re hoping that can happen by Christmas.

The New South Wales (NSW) government announced on Sept.9 that the state would open to domestic travel once 70 percent of the eligible population is vaccinated and resume international travel when reaching the 80 percent target, which is predicted to be in late October or early November.

The NSW’s plan was welcomed by Prime Minister Scott Morrison, who confirmed that the federal government would support opening international borders in states and territories which have 80 percent of eligible populations vaccinated.

This means that while Sydneysiders will not be able to travel to Queensland due to the state border closure, they may be able to fly internationally. Currently, countries on the shortlist include the United Kingdom, the United States, Canada, Japan, Singapore, and Fiji.

It is not clear yet whether Qantas will adopt the same vaccination policy for domestic passengers.

Qantas has made COVID-19 vaccines mandatory for its 22,000 staff last month.

All frontline employees, including cabin crew, pilots, and airport workers, are required to have received two shots by Nov. 15, while the remainder needs to be fully vaccinated by the end of March 2022.

Meanwhile, Virgin Australia, the nation’s second-largest airline, also confirmed on Aug. 30 that it would require all its front-line facing staff to be vaccinated by Nov. 15 and all office-based members to do so by March 31, 2022.

Both airlines have launched their vaccine incentive programs to encourage members to get vaccinated, with various prizes, including a big one of as high as 1 million frequent flyer points.