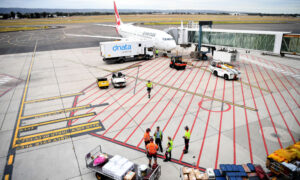 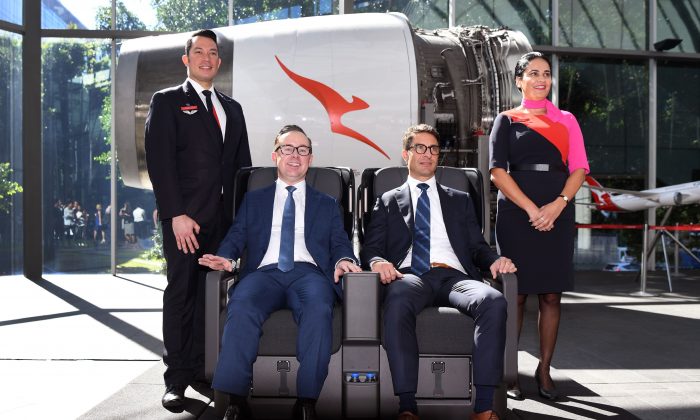 Qantas has taken off on a one-off, seven-hour flight over Australia for travellers missing the experience of flying.

With most commercial flights grounded by the coronavirus pandemic, Saturday’s flight is a special scenic trip to nowhere.

Only 150 passengers were aboard the Boeing 787-9 Dreamliner that took off from Sydney’s Kingsford Smith international airport late morning.

Qantas is calling the leisurely journey “a once-in-a-lifetime aerial tourism flight over some of Australia’s most iconic destinations”.

The outing – on a wide-bodied twinjet usually reserved for long-haul international flights – features some low-level flybys of key locations along the NSW and Queensland coasts, as well as Uluru in the Northern Territory.

The flight path was designed by the airline’s flight crew “to showcase the unique Australian landscape from a different perspective, and without having to worry about continued border closures,” according to Qantas.

Captain Alex Passerini said that while flight crews often pass over these landmarks as part of normal flying, it’s at 35,000 feet (10.7 kilometres) rather than the circa 4000 feet that the scenic flight will drop to at key points.

“We will angle the aircraft so that passengers on both sides get a great view, in particular of Uluru after we were granted special permission for the flyover,” he said.

The low-level flight path also includes the Great Barrier Reef and Sydney Harbour before returning to where it started.

Passengers paid $787 for an economy seat and $3787 for business class.