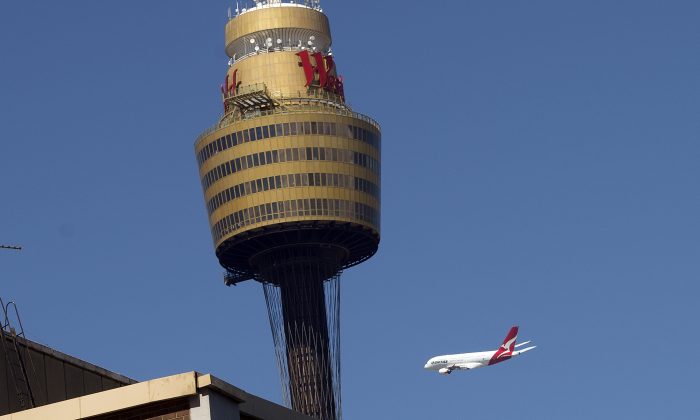 The Federal Government is drafting laws to change the Qantas Sales Act that presently restricts the airliner to 49 percent foreign ownership but the legislation is unlikely to pass in the Senate.

Federal Government Transport Minister Warren Truss said the Government is prepared to “take away the legislative and government-imposed disadvantages that Qantas faces on the domestic market”.

“The government is philosophically attracted to leveling the playing field,” he said in a press conference Feb 25.

The new laws will also require the airline to keep maintenance, catering, training and flight operations for its international services within Australia.

The legislative amendments are unlikely to pass the Senate before or after July 1 given that Labor, the Greens and the Palmer United Party want Qantas to remain a majority Australian company but the company is fast becoming a challenge for the Coalition Government.

The airline is expected to unveil a six-month loss of $300 to $500 million Feb 27, as it wrestles with the high cost of debt.

The national airline is also expected to announce massive job cuts with as many as 5000 jobs predicted to go.

Geelong is facing 300 job cuts as Qantas says it’s closing its 747 maintenance plant at Avalon by the end of March.

Qantas is looking to achieve $2 billion in cost savings over the next three years, saying an unprecedented set of market conditions have placed pressure on the business.

“The past 5 years has been a complex and cutthroat environment. Oil prices have reached record levels. The world economy has been subdued. We’ve seen Asian and Middle Eastern carriers, who can do things a lot cheaper, expand aggressively into our markets,” said Chief Financial Officer Gareth Evans.

The airline said it is essential to reduce costs regardless of whether the Federal Government acts to correct what it describes as an uneven playing field in the Australian aviation market.

Qantas has also been lobbying the Federal Government for a debt guarantee, but Coalition MPs have expressed concern over the issue.

Brisbane MP Teresa Gambaro argued in the Coalition’s joint party room meeting in Canberra, Tuesday that a debt guarantee would turn Qantas from an “800 pound gorilla into a Godzilla” and make it harder for Virgin Australia to compete.

Greens deputy leader Adam Bandt said his party would not support legislation to provide a debt guarantee unless domestic jobs were protected.

“The Greens won’t be waving it through without looking seriously at how we can protect local jobs,” he told reporters.

“Each baggage handler, check-in staff and ramp worker generates a $205,000 return to Qantas above the cost of their employment,” Mr Sheldon said.

“Sacking them is like a tradesman selling his tools to pay a one-off bill … Qantas has a poor management record for an airline with a 65 percent domestic market share and no losses prior to the current Board strategy.”

An Essential Media Communications poll released on Feb 25 found 52 per cent of voters were against increased foreign ownership of Qantas.