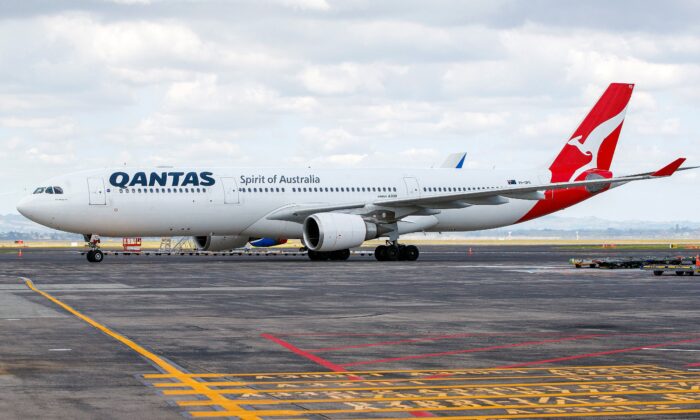 Passengers who want to fly non-stop from London or New York to Sydney will be able to do so from 2025, as Qantas announced new direct services.

The Australian airline has ordered 12 Airbus A350-1000 jets which are capable of flying for vast distances without the need to refuel.

The new London to Sydney route will take around 20 hours, three hours longer than the service Qantas already provides from the British capital to the city of Perth in Western Australia.

Joyce pointed out the new Airbuses would also “reduce emissions by at least 15 percent if running on fossil fuels, and significantly better when run on sustainable aviation fuel” and he added: “This order brings us closer to our commitment to reach net zero emissions by 2050.”

When planes first started flying from London to Sydney in 1947, it took a total of 58 hours and required seven stops en route.

Currently, most London to Sydney flights land in Bangkok, Singapore, or Dubai.

The New York to Sydney route will avoid the current stopovers in Los Angeles or Vancouver.

Qantas said the planes, which would be delivered between 2025 and 2028, would carry 238 passengers each, with 40 percent of the cabin being given over to “premium seating.”

It gave no indication as to how much tickets would be, but said travellers would be able to access a “wellbeing zone” in the centre of the plane with a snack bar and a space for stretching and movement.

In 2001, Emma Christofferson, 28, died after developing a blood clot after flying from Australia to London and it was claimed at the time that deaths from deep vein thrombosis (DVT) were linked to long flights.

But subsequent research, such as a 2009 paper by the German Institute for Quality and Efficiency in Health Care, found the risk had been over-estimated and healthy travellers were in no great danger from DVT.

The national secretary of Australia’s Transport Workers Union, Michael Kaine, criticised Qantas for spending money on new planes when it had laid off 2,000 ground workers, a decision that an Australian federal court ruled last year was not legal.

Kaine said: “While many illegally outsourced workers are still struggling to make ends meet and passengers are suffering long delays and lost luggage, we see Qantas splashing the cash on new planes and flight routes.”