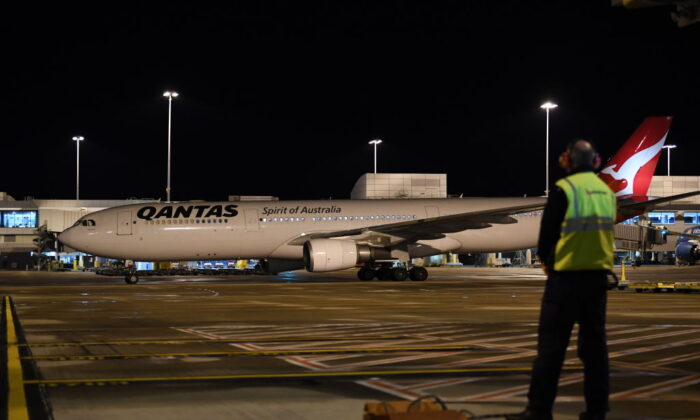 Engineers at the Australian flag carrier Qantas and its wholly owned subsidiary Jetstar are planning to take industrial action in an attempt to make the companies agree to their pay rise demand.

In a ballot held by the Australian Licensed Aircraft Engineers Association (ALEA), the majority of members have backed industrial action in the upcoming weeks.

The association has been pushing for a three percent rise in members’ salaries per annum for the past four years, a total of 12 percent, citing wage stagnation and high inflation.

However, it said Qantas continued to pursue an increase of four percent, which the ALEA deemed unacceptable for members.

ALEA federal secretary Steve Purvinas said in a message to members on Aug. 10 that the association would carry out protected industrial action across all the Qantas-owned companies. Also affected by the ALEA’s decision is charter operator Network Aviation at Perth Airport.

According to the plan, ALEA members will stop working for one minute in the first industrial action approved by the association, which Purvinas said would not affect any airline or passenger.

“We hope that might be enough to get the airlines to change their view on things,” he said in the YouTube clip.

“We are sensing that there might be a shift anyway, and we do want to give some time for resolution of these matters before we have to go in and do anything that may even come close to disrupting the public.”

The ALEA said it might consider longer stoppages if the above tactic failed. However, the association would provide alternative labour provisions to avoid delays to air services.

“We do not want to get the public offside. And also, we do not want to open up opportunities for the company to go running off to the Fair Work Commission, saying that we’ve gone too far,” Purvinas said.

“We want to create a financial penalty for (the companies) to have to find alternative labour that we will offer that will be more expensive.”

Meanwhile, a spokesman for Qantas and Jetstar said the airline was disappointed with ALEA’s decision.

“We’ve been negotiating in good faith on the agreements – this action from the union is completely unnecessary,” Qantas Engineering Executive Manager Scott McConnell said.

“With the industry still recovering from the impact of the pandemic, the last thing it needs is the threat of industrial action.

“Should the union proceed with industrial action, we have contingency plans to minimise any disruptions.”

At the same time, McConnell said Qantas had committed to raising its licensed engineers’ salaries.

“But the union’s pay claims are as high as 12 per cent for one year, or three times the wage increases already agreed to this year by thousands of our employees.”

The airline will meet with union officials in the week commencing Aug. 15 to find a solution.