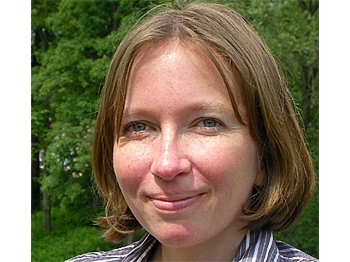 Global Q&A: Changes You Want in the Media This Year

By Epoch Times Staff
Print
Media plays an important role in people's lives. However, around the world people seem to wish that their media was more truthful and less sensational.

This is what our Epoch Times reporters from Athens to Beirut found when, in honor of World Press Freedom Day, May 3, they asked: "What changes would you like to see in the media in your country in the coming year?"

I would appreciate if the media would strive to serve more objective information. I can feel one-sidedness and bias quite often, even in the serious media, which usually offer quality material. I would also welcome more decency and civility when criticizing various figures, like politicians, etc.

Another positive thing would be if the main TV news offered more important information and reduced the number of pointless sensational and negative events.

I’d like more amalgamation of mainstream media with Indigenous media. It annoys me that the Indigenous media like "Message Stick" is quite segregated still. I’d like to see more of that amalgamated into mainstream media. Message Stick is an Indigenous affairs news hour; I think that’s the ABC [Australian Broadcasting Corporation] one and there is another one on SBS [Special Broadcasting Service], "Living Black." They’re really great programs. It would be great, if in the mainstream, we saw more of what they deliver and more representation of Indigenous people in media roles in mainstream commercial television.

The media is a very powerful tool used by the ruling elite to brainwash and keep the majority of the population obedient and in control. It subconsciously tells you what to do, what to buy, what to wear, who to vote for and so forth.

I believe that media should become a tool that tells people the truth, which informs and educates them as opposed to brainwashing them. This change should apply worldwide, not just in my country.

To be truthful. Nothing else. Writing the truth is perfectly sufficient, because that includes everything. I think that our press is on a high level when we talk about its form or appearance. But it happens quite often, that radio, television or foreign mass media present different information about the same topic. That is why I believe, that most important is to not lie, not to cheat people. That is essential.

Two things I would like to change: First, the billboards on the streets are ruining the natural scenes we have. People no longer look at the greenery or the sea as these billboards keep popping up; there is one every 20 meters. The other thing is the use of "woman" to market all kinds of products. Be it her voice or her body, she has become a marketing tool. This has caused serious moral damage to the women in society. They no longer focus on educating themselves or improving their skills. They just want to imitate the women they see on TV.

I would like to see the press less dependent of tycoons, that is, because of them the press in this country is not completely free and is restricted by people in high positions. If there is corruption, they will not necessarily expose it or fully report about it.

I would like to see more international news, news about Asia, the Middle East, and not so much about Europe; there's too much opinion and not enough facts, real coverage; less about the [Obama] administration, it’s overwhelming. I would like less Rush Limbaugh [confrontational theatrics] in the news and more information.

I received a summer internship with a local TV station last summer and I got a good taste of what the news was really like. I did the city column; it was brutal: deadlines, having a good viewpoint, but I didn’t need one—I want the facts; that’s why I’m not reporting anymore.

I would like to see our media be less beholden to corporate interests and less reactionary, with more in-depth reporting; more investigative reporting instead of just pulling things off the Associated Press [news wire]; not just doing crisis management that sells advertising, because crisis and fear sell advertising; not trying to be just pure Pollyannaish and positive, but being a little more fair and balanced.

I would like to find out credible facts of events taking place in Ukraine. People must receive true information without any overstatements and misrepresentations. Journalists need to be brave, keeping and following their conscience to be accepted by society.

Basically what is happening in India, especially … the TV channels, they tend to sensationalize the issues. Instead of guiding society properly, they end up confusing society. Their sole aim, the way I see it, is to increase the TRP ["ratings"]. They focus on crime rates and politicians and various other things, instead of focusing on the social issues.

Sometimes the minor issues are blown up. They run the issue 24/7 … The passion is missing for betterment and improvement of society or the country. For example, “Prince Harry Buys a Villa for His girlfriend” comes as headlines in our country‘s national newspaper, which is ridiculous. They also follow yellow journalism with pictures of young ladies clad in a certain way.

During the time of Indian Independence newspapers ran even though they were bankrupt, they were so dedicated to the cause of independence.

I would like the media to be more objective and be less elective, that is, they should not only choose to publish what they want to publish to support their own viewpoint; and stop demonizing the cultures that do not follow the Western way of thinking regarding politics and the economy. I think this is the biggest problem today in media, that we demonize what is foreign to us, to separate us from it, making the gap even bigger.

Look for the Global Q&A column every week, when Epoch Times correspondents interview people around the world to learn about their lives and perspective on local and global realities.

Next week’s global question: If you had one extra hour of free time a day, how would you use it?