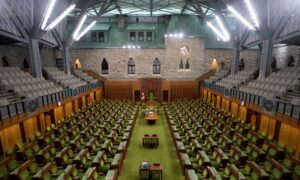 A python that killed two young boys on August 5 didn’t escape from an exotic pet store below the apartment where they died–it was the owner’s pet.

The snake was in an aquarium in the apartment, which the two boys were visiting as one of their friends lives there. The snake somehow slipped into the apartment’s ventilation system, dropping into the living room where the brothers were sleeping.

The two boys were identified on Tuesday as Noah Barthe, 5, and Connor Barthe, 7.

“Right now, we’re still looking at evidence in the apartment to determine exactly how the snake could get into the ventilation system,” Tremblay said.

No charges have been filed in the case. Jean-Claude Savoie, who lives in the apartment, also owns the Reptile Ocean store below it. It is unclear if he is allowed to hold the African rock python in his apartment.

“The investigator is still looking into whether he had all the rights to keep such (an) animal,” Tremblay said. “There are a lot of things to look at. We’re just at the first step of this investigation.”

The snake was already captured and killed.