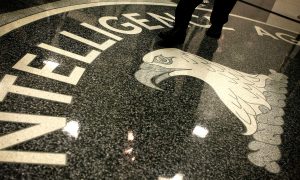 Ben Sheen: Hello and thank you for joining us. My name’s Ben Sheen, I’m a managing editor here at Stratfor. I’m joined today by Fred burton, our vice president of intelligence at Stratfor. And today we’ll be talking a little bit about the release of the CIA enhanced interrogation report that has recently come to light. So Fred, this clearly is a report that is going to resonate for some time. What are your initial thoughts on the findings of what’s actually been released?

Fred Burton: Ben, my biggest fear would be the blowback directed toward U.S. diplomatic missions overseas in places like Egypt and in Pakistan. My biggest fear is that as the U.S. and the U.K. harden their diplomatic and military facilities around the globe, it’s going to push the threat onto the soft target, into the private sector.

Ben: Absolutely and in the past, we’ve seen these sorts of releases precipitate violence, protests, demonstration in countries around the world where there is a U.S. diplomatic presence, haven’t we?

Fred: We certainly have. I harken back to the mob violence in 1979 in Islamabad, Pakistan, when the U.S. embassy was ransacked. And you can fast forward to the events in Benghazi, which resulted in the death of Ambassador [Christopher] Stevens. If you have public safety breakdown in places like Egypt or Pakistan due to a large mob, then you’re going to create these kinds of problems, which could cause tremendous security threats to not only foreign diplomats in countries in the Middle East, for example, but as well as onto the soft targeted environment and that’s really the concern there.

Ben: Yes, definitely. And as we’ve seen going through the report, there are things mentioned, which are likely to cause an outcry within the public domestically as well as overseas over some of the more robust interrogation techniques. But the timing of the report, the actual release, is interesting, as is the fact that we’re looking at it after the fact. I mean context seems to be really important when you look at what was going on when these decisions were made.

Fred: I think without a doubt we can never recreate the atmospherics of when these decisions were made to go down this garden path for the creation of places like Gitmo or these black sites. But also there is a cause and effect issue here too, meaning think of the foreign intelligence liaison and security services that we went to and said, we need your help to hunt down these al Qaeda terrorists that carried out these tragic events, and oh by the way they’re planning more. So here you have significant blowback toward the intelligence services of a range of different nations that helped us or provided facilities and how do you put that genie back in the bottle? In many ways you can’t and you have a thousand other ongoing issues that you have to have to work with the host nation that you’re dealing with on a range of nuclear nonproliferation, espionage, ongoing terrorism issues. So it’s going to create tremendous problems inside the intelligence services because of that.

Ben: Absolutely, because the intelligence services, they don’t operate in isolation. There is international sharing, there are agreements based upon intelligence sharing.

Fred: Without a doubt, I mean we’re blind as a nation as well as many others without the wonderful assistance that countries provide and providing intelligence, tactical intelligence and strategic intelligence. And so when these kinds of issues surface, like what has been disclosed in the report, and let’s say we went to that head of that service and said, look, we will never ever let this be made public, and now that it is and in good faith that country has cut a deal with us to either house of terrorist or to help interrogate a terrorist, to protect U.S. interests or Western interests around the globe. Those are the kinds of issues that you literally cannot put back into the bottle. The damage is going to be done.

Ben: And something that we’ve talked about in the past is the fact that it’s a very binary situation in some cases. You’re damned if you do, you’re damned if you don’t. If you experience an intelligence failure, which leads to a catastrophic event, the deaths of hundreds of thousands of people on your own soil or overseas, that is a serious incident. But likewise, having something like this come to light where there are supposed allegations of torture is something that can be incredibly damaging as well. And it’s very difficult to see what is appropriate at a given time really.

Fred: Without a doubt. You could look at all these decisions and say in hindsight we would have made other decisions based on optimum facts and better intelligence. But the simple fact is we didn’t have that kind of intelligence, which was a result of what happened on 9/11. And if you think of that in context and you harken back to those days you can certainly see how certain decisions were made under those kinds of atmospherics that would not be made today.

Ben: Fred, thank you so much for sharing your thoughts and your experience with us on this subject. This is something we’ll continue to track closely at Stratfor, look forward to our forthcoming analyses and intelligence reports on the subject. Thank you.

“Conversation: Putting the CIA Interrogation Report Into Context” is republished with permission of Stratfor.