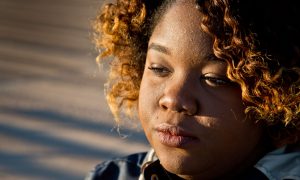 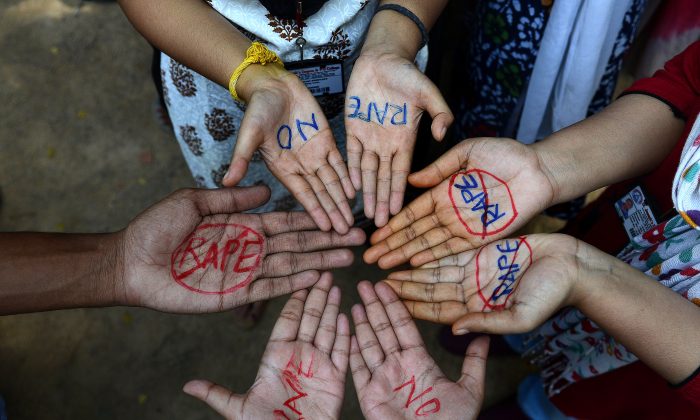 Putting an End to Women’s Harassment Around the World

A little over five years ago, I started the first Asian chapter of Hollaback, the now global movement to end street harassment. I had moved to Mumbai on something of a hope and a prayer, and I was struck by how difficult it was to get around the city as a young woman on public transportation as a young woman.

I was harassed on trains, on buses, and while walking to my local grocery store. Harassment became the amorphous dictator to whom I had to submit my requests to experience Mumbai. But I also noticed that whenever discussing harassment, whether with friends or in the media, women were simultaneously the victim, the problem, and the punchline.

This is not just an Indian problem. From New York to Warsaw to New Delhi, women in every modern city have to deal with the affliction of street harassment, taking forms ranging from leering or verbal abuse to flashing, groping, and stalking.

Michelle Bachelet, the executive director of U.N. Women, said that women are routinely subjected to abuse starting with harassment and escalating to sexual assault and rape. It happens on city streets, on public transit, and in their own neighborhoods.

“This daily reality limits their freedom to participate in education, work, recreation, and in political and economic life, or to simply enjoy their neighborhoods,” said Bachelet during her opening remarks at the 8th Forum of the World Alliance of Cities Against Poverty in 2013.

I understood the limitations of this daily reality all too well. When I learned about Hollaback, at the time an organizational seedling in New York, I asked Executive Director Emily May if I could bring a chapter to Mumbai. The organization works to end street harassment using crowdsourcing and media advocacy.

Today, Hollaback has trained leaders in over 84 cities, 25 countries, and 18 languages. Through its website, ihollaback.org, more than 4,000 women around the world have connected with their local chapters and shared photos and stories of their harassment experiences. The stories express anger and the frustration of being unable to feel safe in public spaces.

And while the website acts as a pressure-releasing outlet, it also functions as a powerhouse of empathy, education, and social innovation. By collecting stories from across cultures, languages, and geographic boundaries, Hollaback resists the idea that every woman’s struggle is personal and has no greater meaning. Rather, there is power in the collective.

Parashar and Bhagat bring the complex issue of harassment into public conversation by highlighting it, exposing its edges, and documenting its ugliness.

Their focused decision to take action against a problem that women in India face every day, often alone and without recourse, is truly inspiring.

Hollaback Delhi’s organizer, Parashar, grew up in Mumbai. Parashar was raised in “a very equal space,” one that provided her a sharp contrast with the inequity she saw women often facing in public.

She was harassed for the first time at a mall when she was 13, but it wasn’t until she was 16 when she began to take the local bus to school that harassment became a daily reality.

“Men would stare at, grope me or brush their crotch against my body,” said Parashar. “I had no idea if I was the only person who felt uncomfortable about this, so I never said anything.”

When Parashar spoke to her mother about this troubling issue, she encouraged her daughter to respond to the harassment she faced. Her mother told her to scream, slap the harasser, and, if necessary, ask the driver to stop the bus. Every time she confronts a harasser, Parashar thinks back to this moment for support.

When Parashar moved to Delhi for college, she discovered that harassment wasn’t confined to her home city. “It was constant,” she said. “Just constant.” But her studies gave her an outlet for her frustrations.

In an email to me, Parashar wrote: “History is SO rich with women’s movements and perspectives–studying this movement allowed me to view history through a different lens, a feminist lens.”

This theoretical grounding bolstered her passion for feminist work outside the classroom. She joined and eventually headed her college’s Women’s Development Cell. As a leader in the group, she sold pepper spray; organized self-defense classes; held talks on numerous issues including women’s health and the choice of women who wear hijabs; and invited Kiran Bedi, India’s first female police officer, to speak on campus.

During her time at college, Parashar and a friend heard about the growing Hollaback movement and decided to bring it to Delhi.

“I felt like it was a chance for us to take the conversation around street harassment to the next level, a chance to make change,” she said. And make change she has. While Parashar and her friends initially publicized the site to college students, the group has connected with a broad base of women across Delhi.

They have received submissions and emails from domestic helpers, college students, and working professionals. Each of these women has found a safe space in which she can express her fears, vent, and feel supported by her peers. The Delhi chapter has also organized movie nights, participated in a Cornell University survey on harassment, and spoken to numerous media outlets to publicize this digital safe space.

Parashar acknowledges that there is still a long way to go. “Attitudes need to change,” she said. “People think that men are monsters on the street, so women need to guard themselves, but that is not the truth, and it’s definitely not the solution.”

She explains that women in India must manufacture purpose when they are out in public: “If you go out at night to buy medicine for your ailing grandparent, that’s ok. But if a woman wants to go outside to smoke a cigarette or go to a club? That’s seen as unacceptable.”

The way forward, said Parashar, is to understand that patriarchy is a nebulous concept that can be perpetuated by both women and men, under the guise of “taking care” of women. “Rather than place the burden and shame on women, we need to understand how it works so we can dismantle it,” she said.

Arpita Bhagat, the director of Hollaback Mumbai, is an environmentalist by day and an activist by night. Bhagat was harassed for the first time on a public bus with her mother when she was 8. But what she describes as her “personal tipping point” came while she was studying for her master’s degree in Bangalore.

While commuting from her home to college every day, Bhagat took a few buses to go from Byatarayanapura to Whitefield. Falling asleep one day, she awoke to find a stranger sitting next to her and rubbing her thigh under her dress. She describes the experience in a blog post titled, “Why I May Never Live in Bangalore Again.”

Since then, Bhagat hasn’t returned to Bangalore; she turns down every opportunity she gets to visit the city. To her, the episode reminded her that “[women] are the cultural refuse of a mean business of power play.”

When we spoke, she said that the blog post was the first time she had ever mentioned that experience to anyone. But Bhagat took the wound of that experience and transformed it into her impetus to create change, taking on Hollaback Mumbai after I moved to the United States.

As director of the Mumbai chapter, she spends a great deal of time thinking about the roots of harassment in India today. Bhagat believes that India is in the middle of a cultural seismic shift.

On one hand, an industrializing country and a burgeoning middle class urges women to study and work. On the other hand, stringent social norms still say that for a woman to venture outside is a flagrant act of public exposure and she deserves whatever she gets. In this manner, empowerment is offered at the same time as obedience is demanded.

For a woman to venture outside is a flagrant act of public exposure.

Amid this cultural clash, Bhagat sees Hollaback Mumbai, like Hollaback Delhi, primarily as a safe space for women to share their harassment experiences, to express themselves, and to feel empowered.

Hollaback Mumbai’s website features stories, poetry, photography, and relevant news articles. Under Bhagat’s leadership, Hollaback Mumbai has connected with numerous Mumbai- and India-based organizations, participated in Mumbai’s Annual Pride Parade, and translated a Cornell research survey into Hindi and Marathi, the local language of Mumbai, so that Mumbai-based women can share their harassment experiences with the world.

Both Bhagat and Parashar noted that the widely publicized gang rape of a young woman on a bus in Delhi has forced the country’s eyes open. The incident looms large in India’s collective imagination. “It was a terrible, horrific thing,” said Parashar, “but because of it people are now more willing to talk about these issues, and things are changing.”

Bhagat too, notes that since the Delhi gang rape, it is “a different era.” There has been a change in the conversation surrounding street harassment. The horrific event launched a revolution of hearts and minds, and the conversation is still going on.

Parashar and Bhagat work to awaken the collective conscience of their cities to the pervasive issue of street harassment. They push open the closed feedback loop of shame, fear, and trauma that so many women in India experience in public spaces and create a safe space for women to share their stories. And perhaps most importantly, they remind us that even as technology marches on, some truths remain the same–that the battles that define us are the ones we fight together.