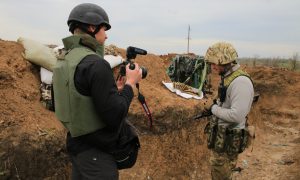 How the Wars in Ukraine and Syria Are Connected
0 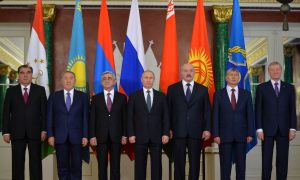 What Are Russia's Grand Designs in Central Asia?
0 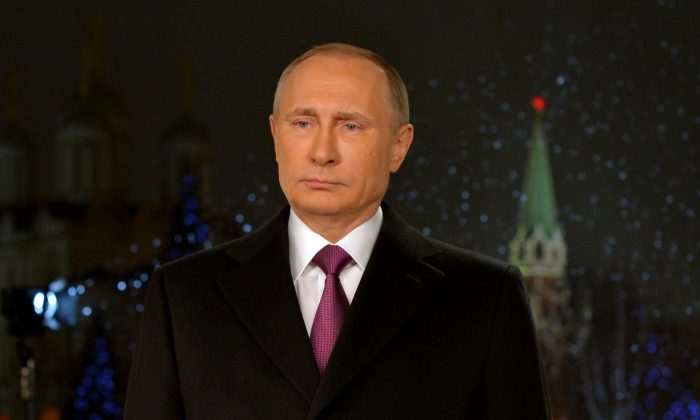 For almost all Americans, “Georgia” is simply a state of the United States. For the athletically inclined, it is the home of baseball’s Atlanta Braves and the National Football League’s Atlanta Falcons. For the more historically aware, Georgia was one of the 13 original U.S. colonies and, following the Revolutionary War, a “star” in the original U.S. flag. Less happily, Georgia was a member of the Confederacy during the Civil War and suffered massive devastation including the burning of Atlanta (see the iconic movie “Gone with the Wind”).

But “Georgia” as a former component of the pre-1989 Soviet Union is totally unknown to anyone other than foreign relations specialists and geographers. Indeed, nestled at the eastern end of the Black Sea, bordered by Russia, Turkey, Armenia, and Azerbaijan, Georgia has little obvious to recommend it. This is a nasty neighborhood, and violence more than peace has defined its history. Rarely has it been “independent,” but rather a component of one empire or another.

This is a nasty neighborhood, and violence more than peace has defined its history.

The most recent empire to incorporate Georgia was the Soviet Union; Soviet troops invaded the country in 1921 and crushed subsequent rebellions. Shortly thereafter it became the Georgia Soviet Socialist Republic.

Here, however, Georgia fared well: Stalin was born in Georgia and ruled the USSR from 1922 to 1952; Georgians held many senior positions in the Soviet hierarchy. They were not, however, a well-regarded ethnic group by other Soviet citizens.

Leaping forward, Georgia, leading the disintegration of the USSR, held elections in 1989 and elected an anticommunist government. Shortly before the official collapse of the Soviet Union in 1991, Georgia declared independence.

And then new troubles began.

Over the ensuing 25 years, Georgia has both struggled toward democracy and recoiled into repression, civil war, invasion, and anarchy. Its first elected president (1991) was almost immediately deposed in a coup that prompted a civil war lasting until almost 1995 when the former Soviet Foreign Minister (Edward Shevardnadze) was elected president.

Subsequently, Shevardnadze was re-elected—but then deposed in the 2003 “Rose Revolution” when self-serving critics (who ended leading the country after jettisoning Shevardnadze) seized control. Mikheil Saakashvili was elected president of Georgia in 2004 and somewhat surprisingly legitimate elections have subsequently followed.

But the existential problem for Georgia has been Abkhazia and South Ossetia. These are internal regions of the country, originally “oblasts” of the old Soviet Union. During the 1990s, minority secession-activists (aided by outside assistance including Russians) drove the majority Georgian population from the areas. These now semi-independent secessionist regions have infuriated the nationalist spirit of the Georgians who have sought to regain control over them.

Circumstances deteriorated even further in August 2008. Apparently deliberate provocations by Ossetian forces against Georgian troops prompted a vigorous overreach by Georgian military. Arrogantly discounting the likelihood of a Russian reaction, Georgian forces moved to capture the South Ossetian capitol and seized it.

Moscow followed the subsequent cease-fire by recognizing the independence of Abkhazia and South Ossetia.

As one might imagine, relations between Georgia and Russia have remained strained.

Georgia has sought to bolster its prospects for national survival by vigorously campaigning for NATO membership. And, indeed, NATO has responded, putting Georgia on the bureaucratic and administrative tracks toward membership. To reinforce their prospective acceptability Georgia contributed almost 1,000 troops to the NATO force in Afghanistan, making it the highest national troop contributor per capita to the mission.

But this effort has de facto gone for naught. The NATO membership train has been sidetracked, despite additional efforts by Tbilisi to reanimate the process following the Russian invasion/annexation of Crimea from Ukraine.

And there is realpolitik rationale for such look-the-other-way avoidance. We want Moscow’s support inter alia to beat down ISIS terrorists in Syria–Iraq and its cooperation in preventing Iranian nuclear weapons capability.

All we can do is advise former Soviet states and Warsaw Pact satrapies to keep their heads low. Our show-the-flag exercises in these areas are empty of any real reassurance.