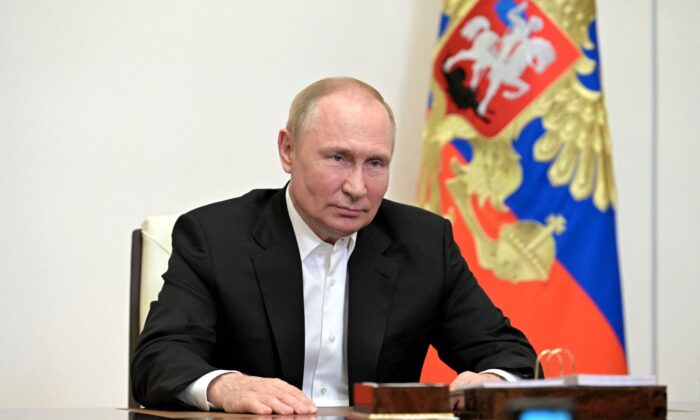 Putin: US Trying to Drag out Situation in Ukraine

Russian President Vladimir Putin, on Tuesday, accused the U.S. of trying to prolong the situation in Ukraine as part of what he described as part of Washington’s alleged efforts to maintain its global hegemony.

“The situation in Ukraine shows that the US is trying to prolong this conflict. They operate in exactly the same way, fueling the potential for conflict in Asia, Africa, and Latin America,” said Putin addressing a security conference in Moscow that was organized by the Russian Defense Ministry and drew officials from Africa, Asia, and Latin America.

The Russian leader also drew parallels between the U.S. support for Ukraine and a recent visit to Taiwan by U.S. House Speaker Nancy Pelosi, charging that they were both part of U.S. attempt to create instability.

Putin stressed that the so-called collective West is trying to destroy the European security by “forging new military alliances.”

“The U.S. and its vassals rudely interfere in the internal affairs of sovereign states. They organise provocations, coup d’états, civil wars. Using threats, blackmail and pressure they are trying to force independent states to submit to their will, to live by rules that are unnatural to them,” he said.