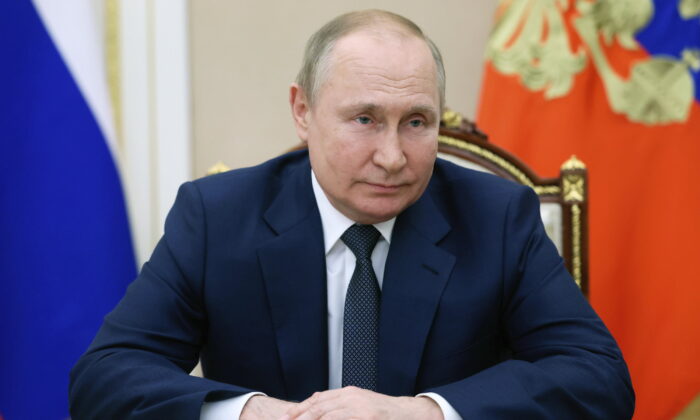 Russian President Vladimir Putin urged military leaders to carry out an operational pause in Ukraine after the seizure of two key areas near the border.

While meeting with Russian Defense Minister Sergei Shoigu, Putin said all units involved in the Luhansk offensive should pause to “build up strength,” according to state media.

“The units that took part in active hostilities and achieved success, victories in the Luhansk direction, of course, should rest, increase their combat capabilities,” Putin said.

Over the past weekend, Russia’s military forced Ukrainian troops to retreat in Lysychansk, one of the last cities under Kyiv’s control in Luhansk. Both Luhansk and Donetsk are located in the eastern region known as Donbas.

After Russian forces on Sunday took control of Lysychansk, the last bastion of Ukrainian resistance in Luhansk, Ukrainian officials said they now expect Moscow to focus its efforts on the cities of Sloviansk and Kramatorsk in Donetsk.

Intelligence officials in the West said that with the latest offensive, Russia appears to have achieved better coordination between its military units.

“Russia’s relatively rapid capture of Lysychansk extends its control across virtually all of the territory of Luhansk Oblast, allowing it to claim substantive progress against the policy objective it presented as the immediate purpose of the war, namely ‘liberating’ the Donbas,” an intelligence update from the British Defense Ministry said Tuesday.

The Institute for the Study of War on Monday also released a report saying that Ukrainian forces have been “increasingly targeting Russian military infrastructure” with U.S.-made weapons, including long-range missiles, that hit “deep” in Russian-occupied areas. Those weapons were sent to Ukraine by the Biden administration as part of several packages that are collectively worth more than $40 billion.

The Russian defense ministry said Tuesday that it had used high-precision weapons to destroy command centers and artillery in Donetsk, where Ukraine still controls a number of major cities.

British Prime Minister Boris Johnson told Ukrainian President Volodymyr Zelenskyy during a phone call on Tuesday that he believed Ukraine’s military could retake territory recently captured by Russian forces. Johnson updated Zelenskyy on the latest deliveries of British military equipment, including 10 self-propelled artillery systems and loitering munitions, which would be arriving in the coming days and weeks, a spokesperson said.