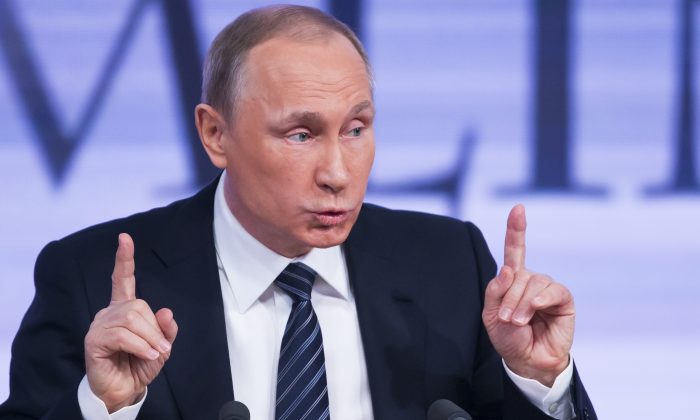 MOSCOW—Russian President Vladimir Putin said on Tuesday that it would be too early to speak about granting political asylum to Syrian President Bashar Assad, a Putin ally and arguably the main obstacle in the Syrian peace process.

Russia began carrying out air strikes on the positions of ISIS extremists in September in support of Assad’s army which critics say are aimed against Assad’s opponents.

Russia, the United States, Middle East nations are promoting talks between the Syrian government and opposition, and Assad has been seen as a highly divisive figure.

Putin said in an interview with the German daily Bild published on Tuesday that Moscow is advocating for a constitutional reform in Syria and if the next election is democratic, “Assad won’t have to go anywhere, no matter if he is elected president or not.”

While Putin refused to speculate on a possible Moscow’s role in helping to remove Assad, he indicated that it would not be too difficult for Moscow to do.

“We granted asylum to Snowden,” he said referring to the American whistleblower Edward Snowden. “That was more difficult than (it would be) to shelter Assad.”