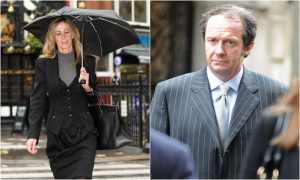 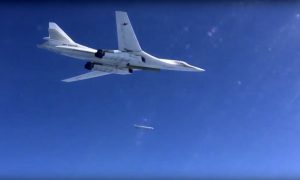 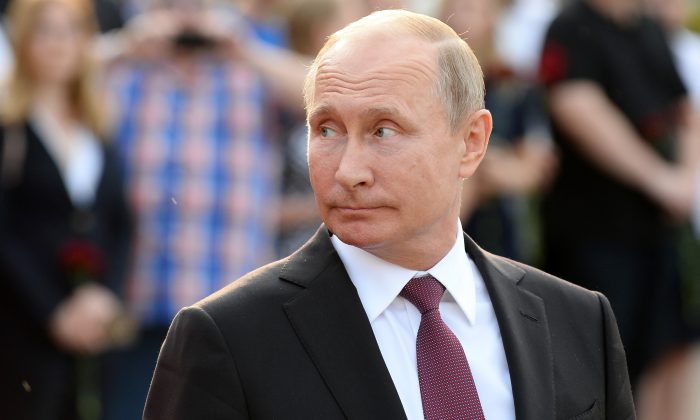 Russian President Vladimir Putin said in a New Year’s letter to President Donald Trump that Moscow is ready for dialogue on a “wide-ranging agenda,” after Trump canceled a meeting with Putin at the G-20 summit in Argentina earlier in the month.

On his way to the summit, Trump said he wouldn’t be meeting with Putin, citing tensions over Russian forces opening fire on, then seizing Ukrainian Navy ships and their crews.

….in Argentina with President Vladimir Putin. I look forward to a meaningful Summit again as soon as this situation is resolved!

The State Department announced Dec. 21 that, subject to congressional approval, it would be giving $10 million to “further build Ukraine’s naval capabilities” after the incident.

“Vladimir Putin stressed that the Russia-US relations are the most important factor for providing strategic stability and international security,” the Kremlin letter says. “He confirmed that Russia is open for dialogue with the USA on the most wide-ranging agenda.”

Trump and Putin failed to hold a full-fledged meeting in Paris on the sidelines of the 100-year commemoration of the World War I armistice in November. The two leaders held their one and only summit in Helsinki in July.

Russian Foreign Minister Sergei Lavrov was quoted as saying that the ball is now in Washington’s court.

“Both our president and his representatives have said that we are ready for the talks when Washington is ready for it,” TASS news agency quoted Lavrov as saying during televised remarks.

Moscow has said one of the key issues it wants to discuss with the United States is Washington’s plans to withdraw from a Cold War-era nuclear arms agreement.

The State Department announced Dec. 4 that the United States would give Russia 60 days to come into compliance with the Intermediate-Range Nuclear Forces Treaty or the United States would consider the treaty void. “We should be clear that Russia has not shown any indications that it seeks to return to compliance,” the State Department said in a statement.

U.S. Ambassador to the United Nations Nikki Haley has also called out Russia for alleged violations of oil sanctions on North Korea.