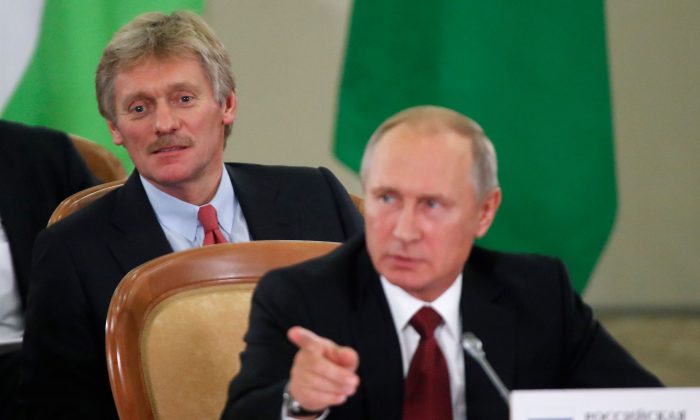 Russian government officials on Thursday said its economy is in “shock” after heavy sanctions and after a number of Western corporations pulled out of the country in recent days after the Ukraine conflict.

“Our economy is experiencing a shock impact now and there are negative consequences; they will be minimized,” top Kremlin spokesman Dmitry Peskov told reporters on Thursday.

Peskov, who himself is facing sanctions from the European Union and the United States, again said that while the situation is turbulent, Moscow can take measures to stabilize the country’s economy. He didn’t elaborate.

“This is absolutely unprecedented. The economic war that has started against our country has never taken place before. So it is very hard to forecast anything,” he remarked.

On Tuesday, President Joe Biden announced the United States would ban all Russian oil imports, raising the likelihood of soaring gas prices domestically, over the Ukraine war. And on Wednesday, the European Union announced that it would expand its sanctions on both Russia and Belarus.

Washington’s European allies are, however, more dependent on Russian oil and gas and have held back from sanctioning it.

French Finance Minister Bruno Le Maire told an energy conference it was imperative the economic fallout from the Ukraine war must not lead to 1970s-style stagflation—a combination of high inflation and low growth.

More than 160 Russians, including oligarchs and politicians, as well as the Belarussian banking sector, were sanctioned by the EU, said European Commission President Ursula von der Leyen.

The E.U.’s top diplomat, Josep Borrell, told the European Parliament that the new package included travel bans and asset freezes on some 100 Russians at different levels of government.

“Sony Interactive Entertainment (SIE) joins the global community in calling for peace in Ukraine,” Sony said. “To support humanitarian aid, Sony Group Corporation announced a $2 million donation to the United Nations High Commissioner for Refugees (UNHCR) and the international NGO, Save the Children, to support the victims of this tragedy.”

And a Nintendo spokesperson said it would suspend all products to Russia “for the foreseeable future” due to “considerable volatility surrounding the logistics of shipping and distributing physical goods.”

Before that, McDonald’s, Starbucks, Coca-Cola, and General Electric said they would pull out of Russia—at least temporarily—including shuttering brick-and-mortar locations.