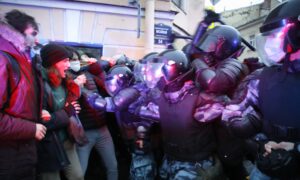 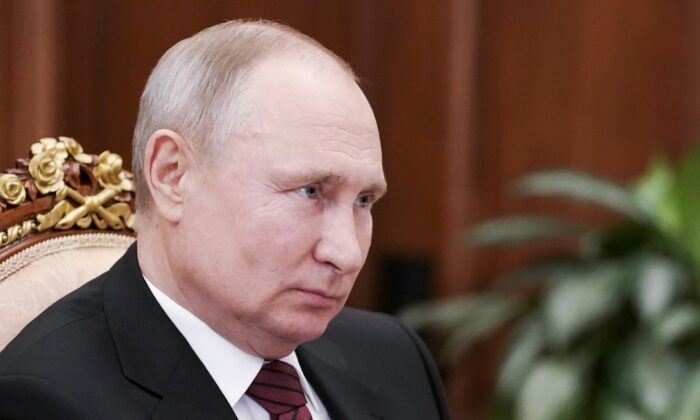 Russian President Vladimir Putin has urged against interference in Russian-British relations after the head of MI6 described the nation as a “declining power” and criticised the Kremlin’s “reckless” behaviour.

Putin stressed on Friday evening that Richard Moore, chief of MI6, is “new” to the role as he suggested the spy chief would “revisit his assessments” of Moscow. Moore, who began in the role in October, described Russia as an “objectively declining power economically and demographically” as he struck out against the Kremlin’s actions.

Asked about the remarks in a press conference, Putin said: “You said that the new head of MI6 has given these assessments, so he is new and I think he is going to get some experience and he will probably revisit his assessments [on] if Russia is a declining power. So why bother, why be concerned, just live your life and don’t try to spoil the Russian-British relations further.”

Speaking through a video link from St Petersburg, he said the UK and Russia had seen a growth in trade last year, adding: “So if you don’t try to interfere into this process then everything is going to be good.”

In April, Moore spoke of his continued anger about the Novichok attack in Salisbury, in which two alleged Russian operatives targeted Sergei Skripal, a former Russian spy turned double agent for MI6.

And the spy chief highlighted allegations that Russia’s military intelligence agency, the GRU, was behind a blast at a Czech arms factory in 2014, killing two.

“When you get that pattern of reckless behaviour, of course you then look at what is happening around Ukraine and of course it worries us. It is why we have coordinated so closely with our allies to make sure we are getting firm messages back to President Putin,” he told Times Radio.

Moore also said the regime was under pressure as Russia faced a decline.

“Russia is an objectively declining power economically and demographically,” he said.

“It is an extremely challenged place. And clearly the treatment of Alexei Navalny as we saw with the thousands of protesters on the streets of well—not just Moscow—of a number of cities shows that there is a deal of disaffection with Mr. Putin.”

Relations between Moscow and London have been particularly strained since the nerve agent attack on British soil in 2018.

Skripal survived but it killed 44-year-old Dawn Sturgess after she unwittingly sprayed herself with the chemical stored in a perfume bottle found by her partner, who was also left seriously ill.

Accusing Russia of being a “hostile” state, Foreign Secretary Dominic Raab has recently led a push for NATO to use political pressure to combat the threat from Moscow.

Raab has also said it is “very difficult to believe” the arrest of a prominent critic of the Belarus regime from a diverted Ryanair flight could have taken place “without at least the acquiescence of the authorities in Moscow.”