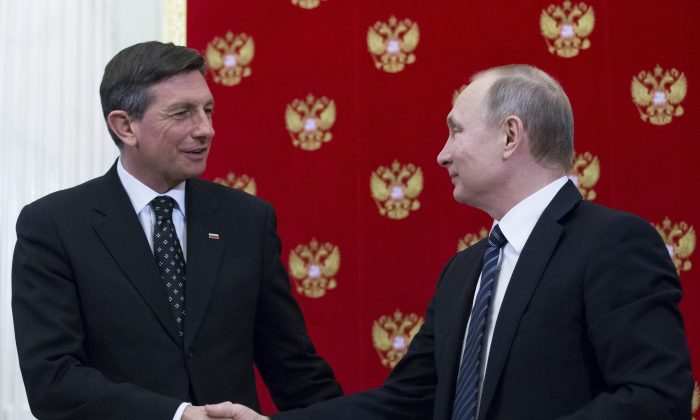 Putin Hails Slovenia’s Offer to Host His Meeting With Trump

MOSCOW—President Vladimir Putin says he’s grateful to Slovenia for its offer to host his first meeting with U.S. President Donald Trump, adding that it will depend on Washington.

Speaking after the Kremlin talks Friday with his Slovenian counterpart, Putin said that Russia welcomes Trump’s statements about the need to restore the strained Russia-U.S. ties.

He said Moscow is waiting for the Trump administration to prepare for dialogue. He added that Moscow and Washington could jointly tackle the terror threat and deal with other global challenges.

Putin thanked the Slovenian president for his readiness to organize his meeting with Trump. He added it will depend on the U.S. on whether to hold such a meeting.