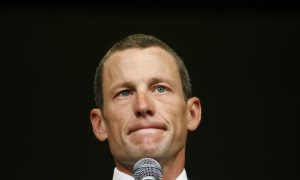 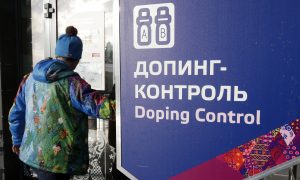 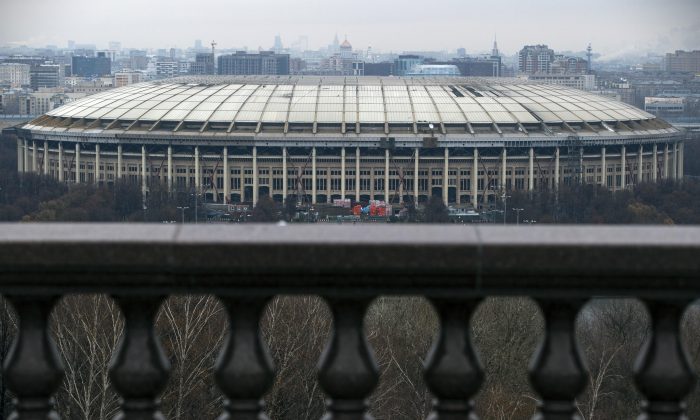 A view of the Luzhniki stadium which was the main venue at the 1980 Summer Olympics and hosted the Opening and Closing Ceremonies, Athletics, Football finals, in Moscow, Russia, Wednesday, Nov. 11, 2015. Russian President Vladimir Putin canceled a meeting with sports leaders, scheduled to be held in Sochi on Wednesday in the wake of the country's doping scandal. Putin had been due to discuss the doping allegations against Russia, with track federation coach Yuri Borzakovsky in attendance. (AP Photo/Pavel Golovkin)
International

MOSCOW—Facing allegations that Russia engages in extensive, state-sponsored doping, President Vladimir Putin on Wednesday called on sports officials to carry out an internal investigation—but said that clean athletes shouldn’t be punished for the actions of those who take banned drugs.

Putin’s comments at a late-night meeting in Sochi, the city that hosted the 2014 Winter Olympics, reflected concerns that Russia’s track and field athletes could be hit with a blanket ban for next year’s summer Games in Rio de Janeiro.

Putin ordered Sports Minister Vitaly Mutko and “all colleagues connected with sport” to pay close attention to the doping allegations and for an internal investigation to be conducted—one that guaranteed full cooperation with international anti-doping bodies.

“The struggle with doping in sports, unfortunately, remains a pressing issue and it requires unending attention,” he said.

However, Putin also drew a clear distinction with clean athletes.

“It’s absolutely clear that athletes who stay away from dope … shouldn’t be held responsible” for those who use performance enhancing drugs, he said.

“I am confident that Russian athletes who are honest and clean, who never used doping, who undergo various checks—no one has the right to strip them of the opportunity to participate in the Olympic Games,” he said, according to state news agency Tass.

The meeting was delayed by hours because of heavy rains that prevented sports federation heads from flying to Sochi. However, Putin’s determination to press ahead with the session indicated the sensitivity of the issue for Russia.

The meeting came in the wake of Monday’s report by an independent commission appointed by the World Anti-Doping Agency (WADA) that said Russian sports is plagued by extensive, state-sanctioned doping.

As a result of the report, Putin is now up against a Friday deadline for track’s governing body to decide on whether to suspend Russia—a first step toward excluding its athletes from next year’s Olympics.

Sports are a substantial piece of Russia’s self-esteem—both in athletes’ performances and its ability to host huge international events. Putin himself has built much of his image on vigorous athletic exploits of his own.

Earlier, Mutko said the country was ready to allow a foreigner to take charge of its troubled anti-doping laboratory.

Grigory Rodchenkov resigned Tuesday as the lab’s director, a day after he was accused of concealing positive doping tests, extorting money from athletes and destroying 1,417 samples.

In comments reported by Russian agency R-Sport, Mutko said Russia was ready “to put a foreign specialist in charge of the laboratory, if that’s what’s needed.”

Mutko’s comments came as the governing body of swimming said Wednesday it is moving its doping test samples taken at the world championships in Russia to the WADA-accredited lab in Barcelona.

FINA said in a statement that it “expresses its deep concern” over the publication of the WADA-commissioned report “and its impact in worldwide sport in general.”

Russia could be suspended from the sport—nine months before next year’s Olympics—when IAAF President Sebastian Coe convenes a meeting of his ruling council.

Bach told reporters in Lausanne, Switzerland, that “the IAAF has informed us they will take the necessary measures.”

Russian track federation vice president Tatyana Lebedeva, a former Olympic long jump champion, said the organization has carried out enough reforms to deserve a place at next year’s Olympics despite the doping scandal.

Lebedeva told The Associated Press “our federation has done everything possible that was in its power” to reform over the last year, since a German documentary about systematic doping in Russia aired.