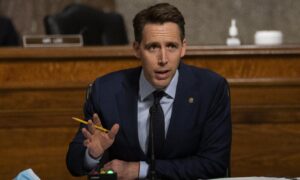 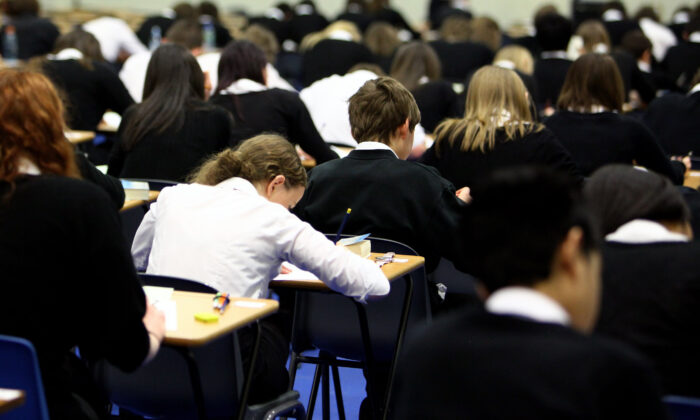 Pushing the concept of white privilege onto white working-class children already at risk of falling through the cracks could be “catastrophic”, an expert has testified to MPs.

Professor Matthew Goodwin told the Education Committee on Oct. 13 that white working-class children were already suffering from a “status deficit.”

“Over the last 10 years our national conversation has become more consumed with other groups in society,” Goodwin told MPs. “That has led in particular the white working class to feel as though they are not being given as much recognition and esteem as others.”

Goodwin is professor of Politics and International Relations at the University of Kent. He has researched and written books on populism, immigration, and the radical right.

He said, “My fear now is with the onset of new terms—toxic masculinity, white privilege—this is even actually going to become more of a problem as we send yet another signal to these communities that they are the problem.”

He said it sends the signal that “they are now the problem, and they should make amends for simply being who they are. I think that would be a very dangerous turn of events.”

White pupils from poor backgrounds, on average, score lower in their GCSEs than other ethnicities, especially boys.

For those on free school meals, white pupils attained an average score of 31.6 at GCSEs in 2018, compared with 42.9 for Asian peers and 38.9 for black peers.

Goodwin challenged the usefulness of the concept of white privilege in response to a question about how it might affect the aspirations of poor white pupils. “What do we even mean by that? And what’s the empirical evidence that for these children this is actually a salient and relevant concept?” he said.

“To try and suggest they also now should be apologizing … because of their wider group membership could be quite catastrophic.”

Goodwin was giving evidence to the parliamentary committee on the topic of “left behind white pupils from disadvantaged backgrounds.”

Together with other experts on the panel, Goodwin said that those without university degrees are left feeling excluded from society, noting that other nations, such as Germany and Switzerland, do better at providing non-academic routes through education from an earlier age.

Diane Reay, emeritus professor of education at the University of Cambridge, told the committee,  “Research shows us very high levels of polarisation, particularly between highly credentialed groups, those of us with degrees, and those people who leave school with very few qualifications.

“There’s a lack of understanding and empathy for the class ‘other’ among all class groups, but I think that it has the most power to injure and to have a detrimental effect on those with the least power in society, those who see themselves as educational failures and losers.”