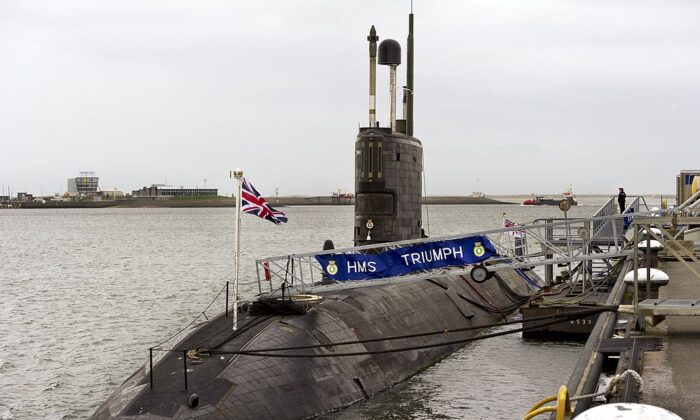 The acquisition of nuclear submarines will not lead to Australia developing nuclear weapons, according to a nuclear engineering expert from Australia’s University of New South Wales (UNSW).

The comments come after, in September 2021, Australia signed a trilateral security pact with the United States and United Kingdom (AUKUS), the first major initiative of which is to equip Australia with at least eight nuclear-powered submarines to enhance the nation’s ability to deter threats and maintain stability in the Indo-Pacific region.

This has led some critics to question whether the deal flies in the face of Australia’s long-standing commitment to reject nuclear weapons, which has been in place since 1970, when Australia signed the Treaty on the Non-Proliferation of Nuclear Weapons.

However, UNSW’s nuclear engineering program coordinator Edward Obbard said in August that while the AUKUS agreement may progress the general understanding of nuclear technology in Australia, suggesting that the new pressurised water reactor (PWR) submarines will be followed by the building of nuclear weapons Downunder is absurd.

“I think we have to overcome this idea that everything called nuclear is the same—such as nuclear energy, or nuclear submarines, or nuclear medicine, or nuclear weapons—because it really isn’t,” he told the audience at a UNSW panel discussion titled “We need to talk about nuclear technology”.

He said although there is significant crossover in some of those categories, and running a military nuclear submarine program will lead to a heightened understanding among engineers, governments and policymakers of how nuclear energy and technology works, “nuclear weapons are totally different to pressurised water reactors” and “require very, very large national infrastructure that is also very, very expensive”.

“It is well known that to make sufficient quantities of fissile material for a nuclear weapon, you need national-scale infrastructure—and under the current nuclear safeguards, it’s completely impossible to create that in a clandestine way,” he said.

“The only way that any country obtains nuclear weapons is by making a very, very clear decision right from the start that that’s what they want. You simply can’t stumble into that position.”

Acquisition of Nuclear Submarines Does Not Breach Non-Proliferation Treaty

According to the Australian defence department, the Treaty on the Non-Proliferation of Nuclear Weapons will not be breached by the acquisition of the new subs, as the word ‘nuclear’ in nuclear-powered submarines refers only to the propulsion power source of the vessel, rather than the carrying of nuclear weapons.

“The Treaty on the Non-Proliferation of Nuclear Weapons does not prohibit naval nuclear propulsion,” the AUKUS government website reads.

The government has also stressed that it has no plans to develop a civil nuclear power industry in Australia.

Why Nuclear-Powered Over Conventional Submarines?

In light of the Chinese Communist Party’s recent push to assert itself in the Indo-Pacific region, Australia is looking to access the best submarine capability possible to meet its strategic needs well into the future.

Nuclear-powered submarines are superior to their predecessors in terms of stealth, speed, manoeuvrability, survivability and endurance, qualities which allow them to operate in contested waters with a lower risk of detection.

They do not need to raise masts above the surface to recharge batteries as conventional subs do, and they are capable of deploying unmanned underwater vehicles, as well as carrying more advanced weapons in greater numbers.

The Australian government maintains that U.S. and British nuclear-powered submarines have never experienced reactor accidents or released radioactivity that harmed human or marine life, and “Australia will ensure it replicates that safety record by leveraging both countries’ decades of experience as stewards of this technology.”