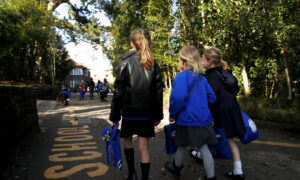 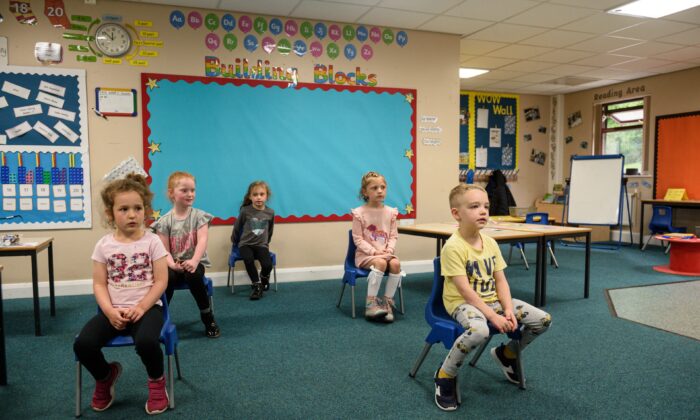 Pupils May Earn £40,000 Less Over Lifetime Due to School Closures, UK Think Tank

Pupils who lost half a year of schooling due to the CCP virus pandemic may lose an average of £40,000 ($54,694) in income over their lifetime, a UK think tank said.

In an article published on Monday by the Institute for Fiscal Studies (IFS), research fellow at the IFS Luke Sibieta said that children in the UK will have lost around half of a normal school year by February half-term.

“An extensive review of the returns to schooling finds that a year of schooling increases individuals’ earnings by 8 [percent] per year, on average,” Sibieta wrote.

Based on this review, and a dutch study that suggests pupils made “little educational progress” while learning online, he calculated that a pupil who could have earned £1 million ($1.37 million) over his/her lifetime will lose £40,000 due to half a year of school closure.

“This equates to an astronomical £350bn [$479 billion] in lost lifetime earnings across the 8.7 million school children in the UK,” Sibieta wrote, adding that this is an illustration, rather than a precise prediction.

Schools in the UK closed on March 23, 2020, and didn’t reopen until September. They didn’t reopen again after closing for Christmas, due to a surge of the CCP virus after a new variant was found in England.

Sibieta said the priority is to return pupils to school when the health situation allows and to help them catch up by increasing learning time.

“And there is sound evidence that increasing instructional time can yield positive effects.”

He added that this is likely to take a few years, and require a lot of resources.

To understand what it would cost for pupils to “catch-up properly,” Sibieta suggested a benchmark of the cost for half a year of day-to-day school spending across the UK, which is over £30 billion ($41 billion).

“In total, governments across the UK have allocated about £1.5bn towards catch-up. This is tiny in comparison with the scale of the problem,” he said.

In a statement emailed to The Epoch Times, the Department for Education said that Prime Minister Boris Johnson “was clear last week that extended schools closures have had a huge impact on pupils learning, which will take more than a year to make up.

“The Government will work with parents, teachers and schools to develop a long-term plan to make sure pupils have the chance to make up their learning over the course of this parliament,” the spokesperson added.