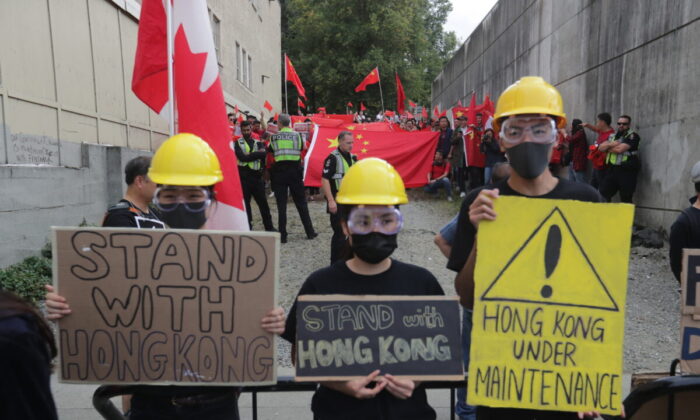 From pundits to groups representing the Chinese and Hong Kong diaspora in Canada, many have expressed disappointment over the Conservative Party’s decision not to bring back the committee that probed Canada-China relations in the new Parliament.

The Conservatives say they will not be launching a bid to revive the House of Commons Special Committee on Canada–China Relations (CACN) formed in the last Parliament, according to The Globe and Mail. The committee examined a range of topics and issues related to China, including the Beijing-linked Huawei, Beijing’s influence operations in Canada, and China’s human rights record, among other topics.

Conservative MP and foreign affairs critic Michael Chong told the Globe that the reason is not a change in his party’s stance on China, but rather due to a resources issue in the House of Commons.

Former Canadian ambassador David Mulroney says the Tories’ move plays into the hands of the Chinese Communist Party (CCP) and will handicap the Canadian Parliament from speaking out against the authoritarian regime.

“Kneecapping the Committee on China in Canada’s Parliament ranks as one of Beijing’s most successful influence operations anywhere. It guarantees that we’ll see more weaponization of diaspora politics, which effectively mutes, immobilizes MPs,” he said in a Dec. 20 tweet.

Mulroney also criticized suggestions that standing up to Beijing is deemed as stoking anti-Asian racism.

“This fails Canadians just as we need a high-level rethink. The cynical falsehood that criticizing China is somehow racist is a gift that keeps on giving to the CCP,” he said in another tweet.

Alliance Canada Hong Kong, a pro-democracy group, says the CACN is “an essential space” for Parliament to examine “the most challenging foreign policy file” and hold the federal government accountable.

“CACN has yet to complete its studies on foreign interference, which concerns the safety of our communities, as dissidents and members of diasporic communities are being surveilled, intimidated, and harassed in Canada,” the group wrote in a Facebook post on Dec. 20.

“With ongoing human rights abuses and humanitarian crisis in China, Canada needs to dedicate time and resources to examine the challenging bilateral relationship with China.”

The alliance, which consists of human rights activists, Uyghurs, Tibetans, and the pro-democracy movement in Hong Kong, urges its members to write to MPs, as well as to Prime Minister Justin Trudeau, Foreign Affairs Minister Melanie Joly, and Conservative Party Leader Erin O’Toole, demanding that they reconvene the committee.

Chong said a new science and research committee has been created since the election and the Conservatives also want to examine Canada’s withdrawal from Afghanistan through another committee it recently initiated. He also said the China issue would be addressed in the foreign affairs committee.

“There are serious resource limitations that prevent us from starting a third new committee in the House of Commons,” Chong told the Globe.

The CACN, created in response to a “prolonged diplomatic crisis with China,” was spearheaded by Conservative Leader Erin O’Toole in December 2019 when he was the party’s foreign affairs critic. MPs from the Bloc Quebecois, NDP, and Greens voted in favour of the motion at the time, despite the objections of the governing Liberals.

The committee went on to study the strained relationship between Canada and China, including demanding the federal government submit unredacted documents concerning the firing of two Chinese scientists from the National Microbiology Laboratory in Winnipeg and the transfer of deadly viruses to China’s Wuhan Institute of Virology.

The committee also looked into Beijing’s interference and intimidation activities against dissents, diaspora communities, and pro-Hong Kong democracy activists in Canada. The practice of Confucius Institutes indoctrinating Canadian students with the CCP’s agenda was also examined.

“We believe the Beijing’s communist leadership presents a threat to Canada’s national interest & national security,” he said in a series of tweets on Dec. 20.

Among the priorities Chong said the Conservatives stay committed to include the “cracking down on China’s foreign intimidation ops on Canadian soil”; “banning Huawei from Canada’s 5G network & investigating Huawei’s role in the Uyghur genocide through its 24hr surveillance technology”; and “remain committed to the people of Hong Kong’s fight for democracy, freedom & the rule of law.”

“Myopic decision-making on the part of the @CPC_HQ which will no doubt hurt them. Instead of holding them accountable, the #Liberals will feel encouraged to continue acting with impunity when it comes to issues and threats concerning #China,” he said in a tweet on Dec. 20.

“Canada—a nation that cannot address its biggest foreign affairs challenge because it does not have chump change to form a committee. $ for Zoom meetings and a staffer can’t be found. Priceless, eh?” she posted on Twitter on Dec. 20.

Noé Chartier contributed to this article