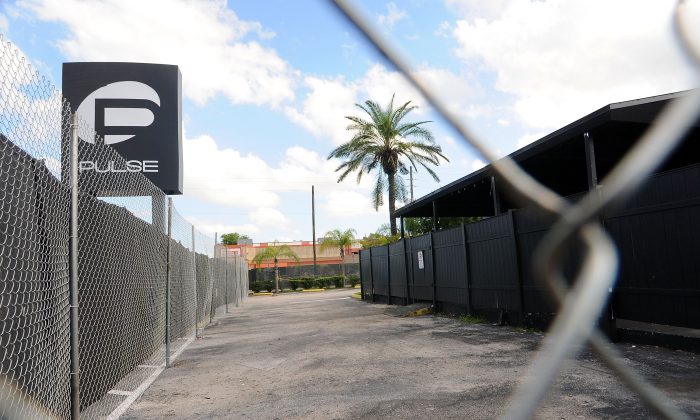 ORLANDO, FLORIDA - JUNE 21: A view of the Pulse nightclub main entrance on June 21, 2016 in Orlando, Florida. The Orlando community continues to mourn the victims of the deadly mass shooting at a gay nightclub. (Photo by Gerardo Mora/Getty Images)
US

Pulse nightclub in Orlando, Florida, was broken into one day after it was released back to its owner after the June massacre, the Orlando Police Department said on July 14.

A police report obtained by NBC News said a door to the nightclub was pried open after owners Rosario and Barbara Poma had secured and left the property on July 13.

About $200 worth of damage was estimated.

According to NBC, Pulse has an alarm system and cameras, but they were still shut off on July 13.

Pulse nightclub is where gunman Omar Mateen slaughtered 49 people and maimed 53 in a terror attack on June 12 during its themed Latin night.

Mateen was later killed during a confrontation with SWAT officers.

Local officials have yet to determine what led to Mateen’s brutal rampage, but said a federal investigation is ongoing.