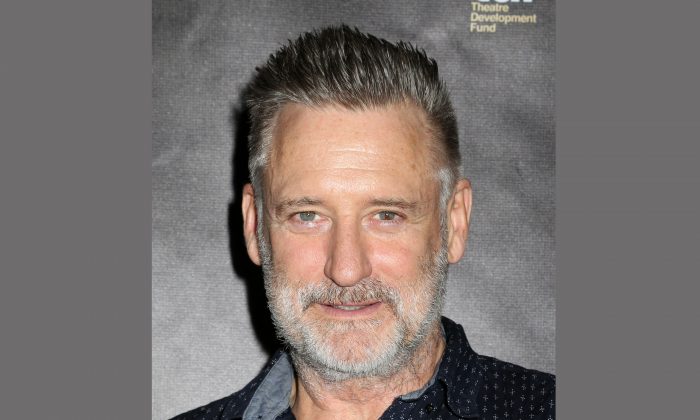 NEW YORK—President Thomas J. Whitmore, famed speech-maker and defender of the planet from aliens, has the kind of poll numbers Hillary or Donald dream about.

In “Independence Day: Resurgence,” Bill Pullman will reprise his much loved president from the 1996 original. His Whitmore was a relatively small piece of the movie, which featured other attractions like Will Smith punching an alien. But his rallying call-to-arms had an outsized impact amid the CGI spectacle.

Pullman’s full-throated pre-battle speech (“Today, we celebrate our Independence Day!”) is like the popcorn-movie answer to the St. Crispin’s Day speech of “Henry V.” Pullman’s big scene has gone down in the annals of movie motivational speeches, alongside Gene Hackman in “Hoosiers” and Mel Gibson in “Braveheart.”

Over the years, he’s seen it take on a life of its own.

“It’s a strange kind of pseudo position I have in the realm of politics,” says the 62-year-old actor, who also played a president in the short-lived sitcom “1600 Penn.”

Pullman’s extensive fictional experience in the White House could arguably make him more qualified to run for office than some of this year’s presidential candidates. But in Roland Emmerich’s “Independence Day: Resurgence,” out June 24, his character is out of office and a potential liability in a new war with invading extraterrestrials.

Pullman, Jeff Goldblum and Vivica Fox are some of the stars returning from the original, but much of the cast is made of up newcomers: Liam Hemsworth, Jessie Usher and Maika Monroe, among them. For Pullman, the longevity of “Independence Day”  the epitome of the corny, pre-9/11 summer blockbuster—is surprising. The original made $817.4 million worldwide, far and away the biggest hit of 1996.

“When it was summarized it sounded like maybe it was a cartoon,” says Pullman. “I remember there was even some pushback about it being more like a popcorn movie, or something. The fact that it’s kind of endured as a classic is good and puts a lot of pressure on the second one.”

For an actor who starred in “Spaceballs” and David Lynch’s “Lost Highway,” and performed in Edward Albee and David Mamet plays on Broadway, “Independence Day” is an unlikely touchstone. It even threatened to typecast him.

“If I had accepted every presidential role or every politician,” he says, “I think it would have been too much.”