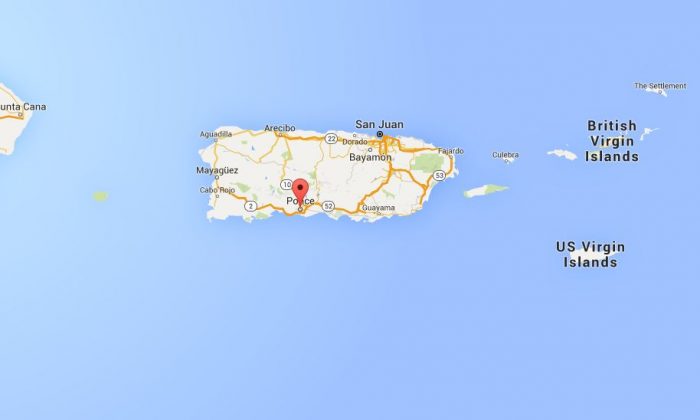 SAN JUAN, Puerto Rico  — A Puerto Rico policeman fatally shot two high-ranking officers and a policewoman on Monday following an argument at the station where they worked, authorities said. He was immediately placed under arrest.

The unidentified suspect held a female lieutenant, a male commander and a policewoman hostage in an office before he killed them, police spokeswoman Mayra Ayala told The Associated Press.

Ayala said authorities were about to start negotiations with the suspect when the victims were killed. She said police did not yet have information on a motive.

“There are no words to describe this tragedy,” Associate Superintendent Juan Rodriguez Davila told reporters.

The shooting occurred at the police headquarters in the southern coastal city of Ponce, Puerto Rico’s second largest municipality. Authorities evacuated the station to investigate threats of a possible explosive device in the suspect’s car. There was no immediate word on whether anything was found.

“Ponce is in mourning,” Mayor Maria Melendez said in a statement. “May God give the family members of the police officers involved the strength, fortitude and serenity to absorb this news.”

Ayala said the suspect worked in the anti-drug division and had been arrested. Officers at the scene told reporters that the victims include Lt. Luz Soto Segarra and Cmdr. Frank Roman, both 49. Soto’s husband was also a police lieutenant, said Jose Cruz Martinez, vice president of the Puerto Rican Police Union.

Soto and Roman each had been with Puerto Rico’s police department for more than 20 years, said Cruz, who called them longtime friends.

“They were both excellent people,” Cruz said in a phone interview. “They were always supportive of their coworkers.”

Cruz said he and his wife would occasionally go on motorcycle road trips with Soto and her husband. He said Soto and her family lived in the nearby town of Yauco, while Roman was originally from the western town of Mayaguez. He was named Commander of the Year in 2014.

“He rarely had any time off,” Cruz said of Roman.

Puerto Rico’s police force is the second largest in a U.S. jurisdiction.