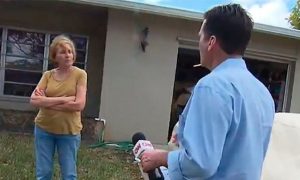 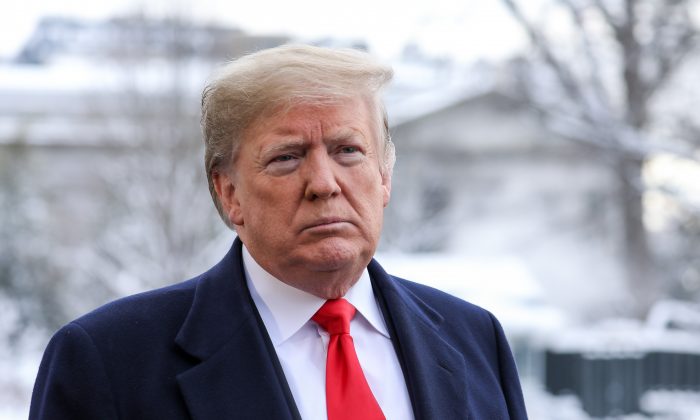 President Donald Trump speaks to reporters on the South Lawn of the White House in Washington on Jan. 14, 2019. (Holly Kellum/NTD)
Crime and Incidents

A criminal complaint filed against Migdoel Cruz-Ruiz on Jan. 16 said that he was in violation of U.S. Code Section 871, U.S. Attorney Rosa Emilia Rodríguez-Vélez said in a statement.

The affidavit in support of the complaint stated that Cruz-Ruiz, no age given, contacted the FBI’s National Threat Operations Center by telephone.

He then made threats to kill President Trump and destroy Newark, Boston, Colorado, and the White House “very soon.”

He said he planned to kill Trump and destroy the places in vengeance for things the United States did to the people of Pakistan, India, and Iran.

“Federal authorities will continue to prosecute those who use means of communication to threaten, promote, or incite violent acts,” said Rodríguez-Vélez, U.S. Attorney for the District of Puerto Rico, in a statement.

If convicted, Cruz-Ruiz faces a maximum sentence of five years in prison with supervised release up to three years, and a fine of $250,000.

The arrest comes a month after an Arizona man who threatened to shoot President Donald Trump, along with other political figures, was sentenced to 37 months in prison.

Jerrod Hunter Schmidt of Kingman was sentenced by U.S. District Judge Steven Logan on Dec. 17, the Department of Justice said.

Prosecutors said that Schmidt made multiple phone calls after learning that his conviction for a prior felony was affirmed by the Nebraska Court of Appeals.

The calls on April 10 and April 11 were made to the court clerk’s office.

In them, Schmidt said he was going to shoot and kill Trump, one of the clerks of the Nebraska Court of Appeals, and other political figures.

In one, he said he was going to “kill President Trump and put a bullet in his head,” according to Secret Service personnel who listened to the calls, court records obtained by the Arizona Republic show.

The felony that was affirmed was for child molestation. After serving nine years in prison for the crime, Schmidt filed motions with the Nebraska Court of Appeals claiming he was owed money for wrongful imprisonment, but the court disagreed.

After serving 37 months in prison in Arizona, he will be on three years of supervised release.

A North Dakota man admitted he schemed to attempt an assassination on President Donald Trump.

Gregory Lee Leingang, 42, pleaded guilty in federal court on Nov. 30 to one count of attempting to enter or remain in a restricted building and on grounds while using a dangerous weapon.

The weapon of choice, according to the agreement, was a forklift, which he also pleaded guilty to stealing.

Leingang had also been charged with one count of attempting to damage government property, but that charge was dropped in the plea deal reported the Bismarck Tribune.

Prior to Trump’s arrival, he stole a forklift in Mandan and entered the motorcade route.

But the plan failed after the forklift got stuck in a gated area. Leingang fled but was apprehended. He later admitted to the plan.