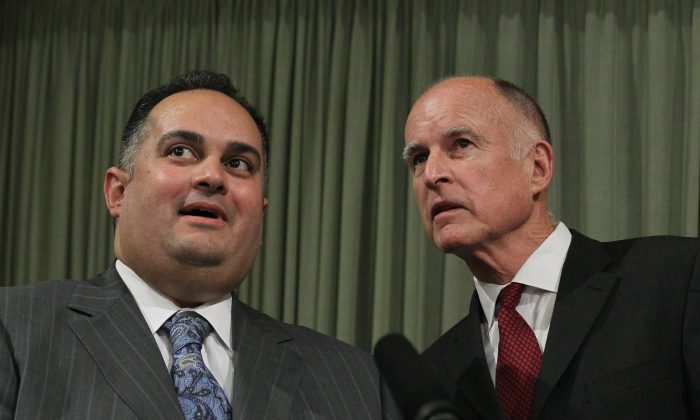 SAN FRANCISCO—In the face of public pressure, Sacramento Democrats are peddling back from a budget bill that was to limit access to public records from state and local agencies.

“This means that the California Public Records Act will remain intact without any changes as part of the budget,” Pérez said in a statement.

Pérez responded in part to editorials and statements by open government and media organizations criticizing provisions of the bill for allowing agencies to restrict the information they are required to release to the public.

Assembly Bill 76 had passed Friday in both the Assembly and Senate and is part of the state’s budget package that is pending before Gov. Jerry Brown.

The Senate also would have to approve the revised bill, and Brown would then choose between the two versions.

Provisions in AB 76’s original version would make it “optional” for agencies to comply with the California Public Records Act.

The California Public Records Act (CPRA) requires state and local bodies to make all public records available, unless they are exempt from disclosure. If an agency wants to withhold a piece of information, it has to give a justification based on a narrow definition in the CPRA.

“It should not be up to public agencies to determine whether public records should be made available,” said Richard Knee, freelance journalist and California vice president of the Pacific Media Workers Guild.

AB 76 describes certain requirements under the CPRA as “best practices” for local governments to follow, such as deadlines and other rules.

“Any local agency that for whatever reason chooses to ignore a Public Records Act request will not suffer any particular legal pressure to comply,” said Terry Francke, general counsel of Californians Aware, a group that advocates for government transparency.

Francke said most local agencies do their best to comply with the law, but some at both the state and local level “will do anything to delay or evade or resist public records requests.”

AB 76 would have limited implications for San Francisco, Berkeley, and Oakland which have their own local Sunshine Ordinances with stricter requirements for public disclosure than state laws.

Brown sought to save millions of dollars in reimbursements the state pays to cities and counties for following the CPRA.

H.D. Palmer, a spokesman for the state Department of Finance, said the department does not have an estimate on the annual savings. The independent Legislative Analyst’s Office estimated the cost in the “tens of millions” annually.

Senator Leland Yee (D-San Francisco/San Mateo) was the sole Democrat who voted against the bill on June 14.

“I am pleased that both the Senate and the Assembly have plans to ensure the California Public Records Act is protected and that government is held accountable,” Yee said in a statement Wednesday.